Global online shopping platform Amazon reported growth in both net sales and profit for the fourth-quarter 2018 and full-year, adding its Alexa use and Prime membership continues to thrive, particular in the all-important holiday season.

In the earnings announcement, Amazon’s founder and CEO Jeff Bezos, praised the recent holiday season, in particular, the Amazon customer uptake of Alexa, the voice activated shopping device and its associated Echo products.

“Alexa was very busy during her holiday season. Echo Dot was the best-selling item across all products on Amazon globally, and customers purchased millions more devices from the Echo family compared to last year,” said Bezos.

“The number of research scientists working on Alexa has more than doubled in the past year, and the results of the team’s hard work are clear. In 2018, we improved Alexa’s ability to understand requests and answer questions by more than 20% through advances in machine learning, we added billions of facts making Alexa more knowledgeable than ever, developers doubled the number of Alexa skills to over 80,000, and customers spoke to Alexa tens of billions more times in 2018 compared to 2017. We’re energized by and grateful for the response, and you can count on us to keep working hard to bring even more invention to customers,” he added.

Other highlights for Amazon in 2018 included the increase in Prime memberships. During the holiday season alone, tens of millions of customers worldwide started Prime free trials or began paid memberships. More customers signed up for Prime worldwide in 2018 than ever before, said Amazon.

In Asia, Amazon Fashion launched Prime Wardrobe in Japan, allowing Prime members to order clothing, shoes, and accessories and only pay for what they keep. 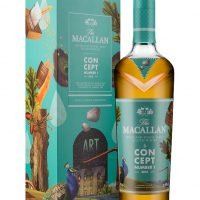 The Macallan releases the first annual limited edition
Next Article 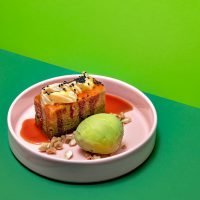