Alibaba forecasts record 2018 sales in beating its most bullish estimate

The world’s largest e-commerce platform operator said fiscal 2018 sales may increase by up to 49 per cent, 10 percentage points higher than estimates.

Alibaba Group Holding, operator of the world’s largest online shopping platform, has defied every analyst estimate with an earnings forecast that topped average projections by 10 percentage points, as digital advertising grows while new ventures into cloud computing and digital entertainment begin to pay off.

Revenue will increase by between 45 per cent and 49 per cent in the year ending March 2018, said the Hangzhou-based company, owner of the South China Morning Post. That’s higher than the 35 per cent average estimate in Bloomberg’s poll of 43 analysts.

“The revenue guidance was a positive surprise,” said New Street Research’s analyst Kirk Boodry, who was expecting a 40 per cent growth, and has a “buy” recommendation on the stock. “The main driver is the power of their data analytics platform, as they can provide very detailed and accurate consumer targeting for advertisers, who are increasingly keen to spend money with Alibaba.”

Shares of Alibaba in New York soared as a result. The stock jumped 13.3 per cent to a record US$142.30, boosting Alibaba’s market capitalisation to US$360 billion, 8.4 per cent more than Tencent Holdings as the most valuable Asian company.

Founded by former English teacher Jack Ma Yun in 1999, Alibaba’s Taobao and Tmall sites are the go-to platforms for China’s 448 million online shoppers, who buy everything from clothing, electronics to food and services through the internet.

That’s helped the company chalk up US$547 billion in gross merchandise volume — the value of goods sold through the platform — for the year ended March 31, for which the operator charges a fee. The company’s fiscal 2017 sales rose 56 per cent to a record 158.27 billion yuan (US$23.29 billion).

“Despite having a larger base, we continue to accelerate our revenue growth,” said chief financial officer Maggie Wu during Alibaba’s annual investor event in Hangzhou.

The revenue projection “is going to be voted by the feet of the merchants and consumers, and we have the confidence that based on the data and technology we have, we are going to achieve that,” she said.

Alibaba’s forecast is easing any concern that China’s slowing economy could weigh on online sales. Revenue growth and the increase of Alibaba’s retail transaction volume are “decoupling,” Wu said.

“Why is that? Because of the broader value proposition we provide to merchants, brands and customers,” she said.

To reflect its increasingly diverse customer base, Alibaba said it will start reporting active consumers, instead of just buyers. It will begin to disclose “customer management revenue” instead of just online marketing, to reflect sales from serving a broader base of advertising platforms.

Alibaba has made a big push in recent years into cloud computing, where it provides computing power over the internet akin to Amazon’s AWS.

The unit, which accounts for about 5 per cent of total revenue, is Alibaba’s fastest growing business. The company will push to expand its share of the cloud computing market in the subsequent quarters, while keeping the profitability of the division on a lower priority, Wu said.

Alibaba’s accelerated growth reflects the “winner takes all” trend in the global technology industry, said Hou Xiaotian , who has a “buy” recommendation on the stock.

“With Alibaba’s advantage in data and technology, it’s in a much better position in finding the next big thing and seizing new opportunities than any other smaller company.” 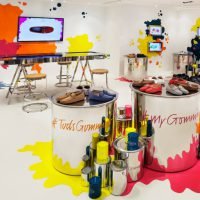 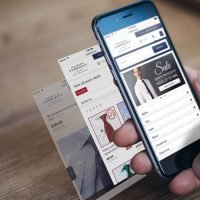