Bangkok, Tokyo, and Taipei are the top three most popular destinations for Asia-Pacific travellers over the Lunar New Year period in 2019, according to booking data from Agoda.

This year, Osaka, slips from the third spot in 2018 to sixth, while Taiwan scoops three of the top ten destinations, with Taipei in third, and Kaohsiung and Taichung in fifth and seventh respectively. Overall, Japan, Taiwan, and Thailand will benefit the most from travellers celebrating the Lunar New Year.

Travels during the Spring Festival tend to be reserved for family bonding and indulging in food and leisure activities that the whole family can enjoy. It is thus not surprising that most travellers in the region have chosen gourmet and retail paradise in Bangkok, Tokyo, Taipei, Kuala Lumpur and Singapore among their top ten destinations.

SEE ALSO : Where do Asian travellers spend their holidays?

The Lunar New Year is celebrated in many cities across Asia, but Chinese travellers enjoy the longest holiday. With a week to spare, Chinese tourists are spending the new year in cities such as Hong Kong, Tokyo, and Bangkok.

This year, HongKongers chose to change things up, travelling to Japan, Thailand, and Taiwan over the previously favoured Korea. In fact, Korea dropped out of the top three destinations altogether to settle at the fifth spot. Staycations have also risen in popularity, and Hong Kong has made its way into the top ten this year as well.

Singaporeans prefer to travel to neighbouring countries for their relatively short Lunar New Year public holidays. For the first time, staycations have emerged as a popular choice for those who prefer staying behind to celebrate the festival.

Taiwanese are travelling within the region for Chinese New Year, with Kaohsiung rising up to clinch the top position. For the first time in three years, Kyoto has slipped out of the top ten rankings.

Malaysians continue to favour travelling within the region to celebrate Lunar New Year. In 2019, domestic destinations take up eight out of the top ten destinations. Thailand remains the only overseas destination in the top ten list for Malaysian travellers over the period.

Indonesians are venturing further afield this year to celebrate the Lunar New Year, with Kuala Lumpur and Tokyo taking up two out of three of its top travel destinations. Japan is rising in popularity, as the region adds Sapporo – with its winter wonderland – into Indonesia’s top ten destinations. 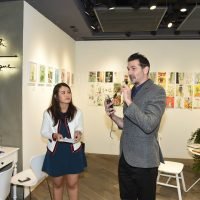 agnès b. brings art to Hong Kong
Next Article 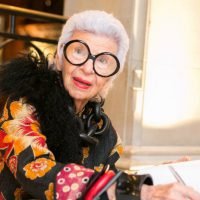