Out of a survey of 1,524 respondents in the top 10 to 15 percent of earners split equally across China, Hong Kong, and Singapore, 72 percent of mainland Chinese consumers “regard themselves as engaged members of loyalty programs.” This positive reaction is in stark contrast to a negative global trend for loyalty programs, showing the importance of localizing strategies for the China market.

Collinson Group’s report, which was conducted in January by SSI Research and included responses from 6,125 participants around the globe, found that membership to loyalty programs from 2014 to 2015 fell 20 percent. These included programs for supermarkets, airlines, retailers, hotels, media companies, cafes, and credit card providers.

“China, Hong Kong and Singapore are vital markets for brands, and we’re seeing a much higher demand for personalized, relevant, and digital customer engagement initiatives than before,” Rogers said in the report. “Given the importance of affluent middle-class consumers on the fortunes of companies, brands must lift their game and focus on how they recognize, engage and reward customers.” 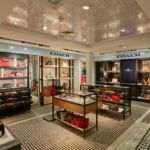 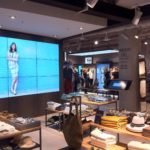 5 ways data is taking over retail