It might feel like we are seeing the beginning of the end for bricks-and-mortar shops. However, there are still major benefits to having a physical store with in-store shoppers, especially during the holidays when their lists are longer than usual. Consumers spend more and convert at higher rates when they are in stores rather than online. That is a fact. SEE ALSO: Need more foot traffic? There’s an app for that According to Deloitte Digital, 84 percent of store visitors use their devices before or during a shopping trip. About 22 percent spend more as a result of using digital, and over half of those spend at least 25 percent more than they intended. So how do you support an old-school bricks-and-mortar business with new school tactics?

If you have a unique in-store experience, mirror it in the app

Sephora is a prime example of this with its endless array of samples. That is why Sephora’s app encourages customers to go to the store by mirroring its in-store experience. It offers virtual try-on, so customers can test out samples like they would in the store before they go, as well as lets them add products they want to sample in person to their “beauty bag,” and lets them book in-store makeup appointments.

To drive traffic into the store, your app needs to add value to the in-store experience. You can incentivise customers by offering coupons and deals that only work in the store. SEE ALSO: Is online shopping the end of bricks-and-mortar? Perhaps the most famous example of this is Target’s Cartwheel app, which offers a suite of apps for its in-store shoppers. The app lets shoppers know about deals going on at their local Target and lets them combine Cartwheel deals with other coupons. It generated $3 billion in revenue for the company last year alone.

Let customers know when they are nearby your store

Having customers opt into location can be incredibly valuable, and coupons and deals can also act as an incentive to get your customers to opt into sharing their location and push notifications. According to Business Insider, approximately 60 percent of United States shoppers who have never tried in-store tracking said discounts and coupons would convince them to test beacons. An additional 47 percent said loyalty rewards would push them to opt in to in-store messaging. 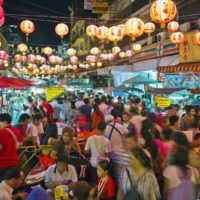 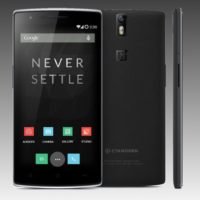