What makes China the biggest economy in the world, despite Covid-19?

With China being the only major country to grow its GDP in 2020, economists all over the world have been dialling up their forecasts of China’s relative might in the years ahead.

The Chinese economy is now expected to be larger than the US by 2028, presenting enormous opportunities for everything from milk to Maseratis.

Through epidemics and global financial crises, China’s growth story over the past 20 years has been at a speed and scale never seen before, and unlikely to ever be seen again on this planet.

China’s share of the world economy has risen from just 3.6% in 2000 to 17.8% now, and the country will become a “high-income economy” by 2023. In the four decades since opening up, China has lifted 850 million people out of extreme poverty. There are now more billionaires in China than any other country and more Fortune 500 companies.

Yet as enormous as the numbers are, spread across 1.4 billion people the averages aren’t quite so impressive. China’s GDP per capita is less than a sixth of the US. China’s disposable income per capita fares even worse at around one tenth of their American cousins.

Even with the relatively low averages, there are three main reasons why China is by far the largest luxury market in the world, the biggest buyer of cars, and will again be the biggest spenders on international tourism after Covid is brought under control.

For a start, disposable income does not capture most Chinese main source of wealth. The mouthwatering growth of property values – such as the 335% increase in Shenzhen over the past decade – has seen China’s median urban household net worth grow to more than the US. And unlike countries such as the US, where less than two thirds own residential property, 96% of urban Chinese own at least one, seeing most ride the wave.

The second factor that China’s average salaries hide is the disparity between cities. In Shanghai, a senior exec for an FMCG company can make more than the equivalent job in New York. Whereas people in Gansu province share income per capita similar to Guatemala, Shanghai residents have purchasing power parity on par with Switzerland. With 25 million people in Shanghai, spending alongside many other affluent mega-cities, there only needs to be a small portion of China’s population to change the fortunes of any brand in the world.

The third factor is spending priorities. Chinese spend a much larger share of wallet on food than other countries. Whilst they are consuming more calories than ever, much of that expenditure has been directed to trading up as health-conscious, scandal-shy consumers take little risks with what they ingest.

Chinese as a whole, spend a much larger share of their income on their children. In many households, education accounts for over a third of expenditure to ensure that their precious only child has the best shot of success in China’s hyper-competitive environment. Child-focused spending spills over to anything from toys that will build their creativity, to the safest, healthiest food they can buy. With lowering fertility rates, couples are substituting children for pets, although maintaining many similar spending characteristics.

China’s face-status culture, although less overt than it once was, also drives global beauty and luxury sales where not-so-wealthy consumers are prepared to spend the equivalent of three-months’ salary on an expensive handbag or go without other things to have cosmetics which fulfil their needs.

SEE ALSO : 11.11 and the growth of Chinese tech giants

These are just a few of the categories in China which continue to defy China’s low average incomes. They will continue to grow on that back on China’s expanding GDP this year. Although Covid and geopolitical issues will present some challenges, the opportunities will far outweigh those for brands will well planned and executed strategies. 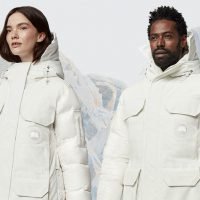