When most people think of short video apps, Douyin – or its sister-app TikTok – is likely to come to mind. TikTok is the first Chinese app to have truly made it outside of the mainland, having brought the short video-craze to the global masses. Yet the craze was pioneered by another platform, Kuaishou, which had more short video users than anyone, until it was overtaken by Douyin in mid-2018.

Although it does not get the airtime of Douyin, Kuaishou’s credentials are not to be sneezed at. More than 262 million Chinese check the app an average of 10 times a day. Viewers spend an average of almost 90 minutes on Kuaishou every day, and about a quarter of monthly users churn out content as well.

Kuaishou has also done a much better job at converting viewers to shoppers. In the first 11 months of 2020, US$51.5 billion worth of goods were sold through livestreams on the app, not far behind market leader Alibaba’s US$77.4 billion. Douyin sales were estimated to reach just US$30.1 billion.

Kuaishou also has more paying users than any other app in the world. Much of this is attributable to users who ‘tip’ content creators who they like, showering them with virtual gifts such as US$0.014 (23c) beer stickers, to US$77 rockets, and even US$217 golden dragons. Such generosity from fans accounts for almost two thirds of its revenue and provides opportunities to further monetise from viewers who already have their wallet out.

Yet for many foreign brands, Kuaishou is unlikely to be on the radar as a marketing and sales channel. This is largely due to majority of users being ‘small’ city or rural residents, who are typically a lot more price-sensitive and conservative, and as a result, less inclined to buy premium foreign brands.

Nevertheless, retail sales growth in rural areas grew 25% faster than in cities in the final three months of 2020, clocking 5.6% growth, building further promise as a future market. Just like massive e-commerce platform Pinduoduo, Kuaishou is focused on moving up the food chain and appealing to the big spenders in China’s higher tier cities. It has been competing with Douyin tit-for-tat, such as when Douyin announced US$310 million of gifts for the Chinese New Year, Kuaishou upped the anti with $325 million.

While Kuaishou may not yet be overly relevant for most foreign brands, it is likely you will be hearing about it a little more this week. On Friday, the app will list on the Hong Kong Stock Exchange in what will be the world’s biggest IPO in two years. There is a good chance stock will jump once listed, given Kuaishou trades are already twice the IPO price in the gray market – 50% more than the ill-fated Ant was pre-IPO.

As promising as the Kuaishou IPO is turning out to be, it has not been without controversy. In December, Xinba, the most popular KOL on Kuaishou, was caught selling fake Bird’s Nest supplements which turned out to only be sugar water on his livestream. Given KOLs account for two-thirds of Kuaishou’s revenue it does have some exposure to their credibility, but as we saw after Austin Li’s selling poor quality ‘non-stick’ frying pans in 2019, selling the odd dodgy product appears to have little-to-no impact on the big KOLs’ pulling power.

Similarly, just days before the IPO, the Chinese copyright association said that it had discovered around 155 million videos on Kuaishou that used unlicensed songs as background music, requesting the removal of 10,000 videos it said infringes intellectual property rules.

Also this week, China’s internet watchdog announced a crackdown on user generated content accounts, which will impact platforms like Kuaishou. It follows recent regulations about sales of food over livestreams that do not meet safety standards, affecting one of its big e-commerce categories and the hundreds of thousands of other farmers peddling their wares on the app.

Controversies aside, Kuaishou will get a sizeable cash injection from its listing, which will help it in its quest to become more relevant with big spending Chinese consumers who buy foreign products. 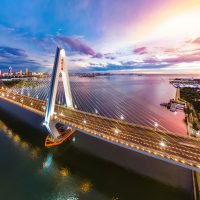 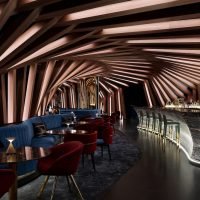