Growth in consumption has also accelerated recovery for merchants, further demonstrating that 618 is not only a shopping event, but also has a role in post-epidemic consumption. Forty brands individually achieved sales of over RMB 100 million.

1. “Revenge Consumption”
There has been an all-around increase in electronics products, fresh food and household daily use products. Transaction volume has just about doubled in Guangxi, Jiangxi, Sichuan, Hunan and Hubei provinces.

2. Trade-in highlights “Economic” consumption
JD’s trade-in service (in which users can sell back their old products and get discounts and coupons towards new ones) and its full-price trade-in service (in which users can buy a product now, and trade it in for the newer product at a later date) is increasingly popular. The number of users participating in the program for air conditioners increased 390% YOY, while mobile phone trade-in users increased 170% YOY. More than 80% of consumers who bought iPhone 11 chose JD’s full-price trade-in program.

5. 5G Revolution
This round of economic recovery, there is high optimism towards 5G, big data, and AI seen as representing the “new infrastructure”. Sales volume of 5G network cards has also increased significantly, with the most consumers located in Guangdong, Beijing, Shanghai, Jiangsu, and Shandong provinces.

8. More “caring” young consumers
Data indicates that young consumers are taking on more responsibility. Since the beginning of this year, more than 70% of post-1995 consumers have shifted from “buying only for themselves” to “buying necessities for the whole family”.

At the same time, middle-aged and elderly female users have made a significant shift from online to offline. These trends were more pronounced during the 618 period.

According to data from JD Super, youth have moved into the kitchen, driving a “kitchen economy” trend. Transaction of kitchen paper towel by young people has doubled compared with the same period last year. Awareness of the need to protect the family has also been strengthened – data shows a 34-hold increase in transaction volume of disposable cleaning products and a 340% increase in sterilization products YOY. 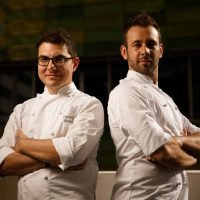 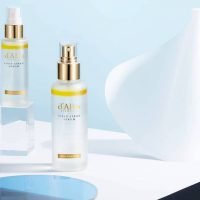