How the eyewear category could embody the inclusion in the fashion world, set the example to follow, in order to embrace and to celebrate the diversity of luxury tastes and practical needs?

Nice to meet you, Asian Fitting

The first time I heard about Asian Fitting was in 2009, when I moved to Hong Kong. Until then, I must admit, I had never thought that Asian customers could have issues to wear sunglasses that perfectly fit Caucasians. Once I was introduced to the concept of adapting the international (as “Western”) design into the Asian version, I discovered a whole new world and I started to get acquainted with the needs and the likes of Asian customers.

Among those, a specific base – as close as possible to zero, surely not beyond 4; a specific temple length; specific nose pads – either deeper plastic ones, or metal goose neck ones; a specific color palette – forget those blue, green, yellow, orange combinations that Europeans love; and last but not least, a specific material request – the lighter, the thinner, the better, which meant metal more often than not.

Throughout the years, these basic ingredients were mixed with other features, from pricing – entry level one – to marketing, such as Star Marketing, to be precise, by seeding these products among the famous actors and singers mostly in China, Japan and South Korea.

The real turning point was in the early 2010s, when a “local” brand, as my European colleagues would label it, broke through the Asian markets with a strong and lasting impact: Gentle Monster.

This brand managed to merge all the relevant product features targeting Asian customers, with a smart marketing strategy and an innovative retail approach, besides offering a fashionable design, but for a competitive price. It was an immediate success, not only in Asian markets, but also in other countries with considerable Asian populations such as the United States, or Canada, or Australia.

What Caucasians often saw as “oversized” shapes, that “all looked the same”, represented in fact the answer most Asian customers, particularly from North Asia, were looking for: sunglasses that would look good on them, without emphasizing their head shapes.

Proportions were instrumental in making this happen: by wearing these sunglasses, the focus would have been shifted on the big size of the frame, rather than on the size of the user’s head. Eventually, Asian customers felt at ease and comfortable in their own skin, without feeling “inferior” to their European counterparts. Besides, seeing celebrities wearing the very same sunglasses built self-confidence and pride for themselves and their background, and let them discard the idea that “local” brands were low quality, not fashionable, or simply despicable, which was pretty common at the time.

In the meantime, most Fashion Houses, and especially their eyewear suppliers, embarked on two major directions. The first one, led by a smart, entrepreneurial approach of the eyewear manufacturers, envisioned a much closer collaboration with local partners (mostly from South Korea) to design, develop and produce a larger range of Asian Design products, focusing on sunglasses inspired by Korean trends, working closely with local PR firms to promote these products and to spread them through Korean drama productions, and the emerging Korean pop scene.

The second direction mixed Fashion Houses’ strict control over their licensed branded design and European-based managers and designers’ lack of experience towards Asian markets’ eyewear needs, by generating a simple fitting of Western design into an Asian one. Mostly the front base and the nose pads were adapted to the Asian faces, but the design and the color mix were still essentially catering to a Caucasian customer base.

Some eyewear suppliers’ Asian offices managed though to create products that kept the original design spirit, yet adapting several features to Asian likes, for instance by reducing the temple thickness, or by changing the front shape into a more friendly Asian one. Sometimes, they even went the extra mile, by creating collections that were not openly approved by the Fashion Houses, in order to meet local markets’ needs – possibly the most notable example consists in the J frames, i.e. eyewear collections specifically conceived for the conservative Japanese optical market, with their renowned oval, thin metal, front shapes.

Either approach was determined by some sort of an agreement between the Fashion House and its eyewear licensee: some were more interested in protecting the brand core values, whereas some were also interested in maximizing the economics behind this category.

Changing eyewear supplier meant the start (or the stop) of the Asian Design eyewear: some famous brands went from 100,000 pieces a year, to less than a thousand, in just a couple of years; whereas other brands, that were almost non-existing in Asian markets, became the top-selling ones within a short time frame, thanks to the introduction of dedicated Asian Design collections.

Until very recently, Asian Design has been considered as a strategic and commercial choice by any Fashion House and its relevant eyewear licensee. However, there is another game changer these days, which has been rightfully more and more prominent during 2020: the inclusion of diversities.

Asian Design shall not only be a mean to generate more sales and to gain more market shares by a brand or a company. Asian Design could also be a tool to generate more inclusion toward Asian customers seizing momentum on the contemporary narrative about diversity & inclusion, by providing them with eyewear that is specifically thought, designed, constructed and produced for them, taking into account their facial features, their needs and their likes, which are different from the Caucasian ones – neither better, nor worse, just different at many levels.

Today’s society is striving to understand and to recognize the relevant actions needed to include as many people as possible, by creating a world that is more and more inclusive.

When someone belongs to the majority group, it is indeed difficult to understand how a minority could feel excluded, because of the lack of direct experience in that aspect of life. Words such as acceptance, inclusion, recognition, respect, shall not only belong to well acclaimed press releases by leading Fashion Houses.

These words shall, and must, be also put into practice, through consistent actions, involving the whole company, at all levels, with the top management being at the front of this new challenge.

Considering diversity a company value, but failing to celebrate it and to promote it, sounds like supporting LGBTQ+ rights, but doing nothing when it comes to call out homophobic behaviors by single individuals, or failing to celebrate Pride month or to protect LGBTQ+ employees from any discrimination at work: in this regard, actions are way more important, and more helpful, than an Instagram post.

Understanding the need to have a dedicated design for the eyewear implies having an open-minded approach to the design itself.

Caucasian designers and managers shall be able to see things from a different perspective, for as difficult as it may be, in order to understand how the eyewear design needs to be inclusive toward the fastest growing population on earth.

Unlike other fashion categories, eyewear requires a much stronger customization since it affects the most important area of appearance, i.e. the face, so it is not only about a generic “small, medium, large” size as it could be for ready-to-wear, but it is also about creating an accessory that harmonically adapts to the face, while offering comfort at the same time.

Just like other acts of discriminations and racism that have been called out in recent years – from Dolce & Gabbana advertisement on Weibo, to Gucci blackface knitwear – even eyewear might have its share of discrimination, albeit hidden in the corporate offices, under the disguise of “approval process”.

Some might dismiss Asian Design as “not aligned” with the brand’s design guidelines, showing aversion to those styles that “look all the same”, or simply evaluating whatsoever design proposal as “not worthy” of artistic direction’s approval.

What they actually fail to understand is that these Asian Design proposals are not meant to propose a different mood board from the main one, or to generate a totally different design concept: they are the interpretation and the adaptation of the Western (Caucasian) design, taking into account the righteous differences of taste – and needs! – of the Asian consumers.

Eyewear managers and designers alike shall realize how their work is not only about delineating Fashion Houses’ codes into the eyewear, but also about instilling a sense of appreciation, celebration and belonging of different tastes and needs, into the eyewear design.

During such internal discussions, everyone shall remember that the beauty is in the eye of the beholder, and that concepts of “objective beauty” might not exist anymore according to nowadays’ inclusive standards.

Embracing Asian Design eyewear and making it a company trademark would not only fully recognize the diversity in tastes and needs, but would also apply corporate values of diversity and inclusion, that create a bond between the diverse people that make up the company itself.

The relevance of such values is more and more important, not only at corporate levels, or for business purposes, but also to generate a more welcoming working place, where every single person is accepted the way they are, and to promote different approaches and different views to fashion items such as eyewear.

These values shall go beyond their appearance on corporate press releases. They need to be applied also in the eyewear world, merging the benefit and the beauty, the fashion codes and the ergonomic needs, enhancing the diverse characteristics of different users.

Diversity and inclusion need to pave the way to a new, comprehensive, approach to the eyewear design, making sure that no one is left behind or considered as a second-tier end user. Eventually, Asian Design could help the eyewear becoming the category that most represents the inclusiveness in the fashion world.

This year has not only brought doom over the human race. It has also been instrumental in opening our eyes over racism and unconscious bias that have been affecting minorities across the globe, in different aspects of life, including the fashion world. It is time that we all reflect about the inclusiveness in the eyewear too, and that we take prompt action to make this happen as soon as possible.

*This article is a personal sharing from an eyewear professional. It is not intended to represent the point of view of the Company. 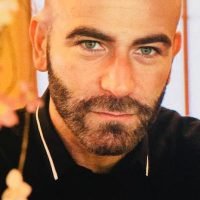 Vanni Martignago is the Head of Asia Pacific of Thélios, eyewear expert for LVMH Maisons. He has been in the eyewear industry for 15 years, having previously worked at Safilo and Marcolin. Since 2009 he is based in Hong Kong.

Through a new global strategic partnership with Farfetch, Salvatore Ferragamo is enhancing its digital capabilities.
The collaboration will give Ferra…