Digital advertising in China: what’s next?

Digital advertising has dominated media spend for some time in China.

By 2019, brands were spending more than one and half times of their advertising budget on Alibaba platforms than they spent on television commercials. Once Covid hit, ad spending shifted further to online platforms, with digital ad revenue growing 23% last year in China, against an overall 15% fall in media spend in the 9-months to September.

Yet even with more Chinese consumers online, the increased competition from advertisers has made it more challenging and expensive to reach consumers. Brands are having to get more creative to stand out from the crowds. In the increasingly digital world, some of the most innovative initiatives we have seen have been in the physical world – although many have a digital twist.

This time last month, the sky above Shanghai’s famous skyline was lit up by 3,281 computer-driven drones to promote the China launch of Hyundai’s new premium brand Genesis. The drones danced like fairies to form images of the new car models and Genesis’ logo. The promotion provided the wow-factor to gain the attention of Chinese consumers, helped by a Guinness World Record for “The Most Unmanned Aerial Vehicles (UAVs) airborne simultaneously.”

The display was followed by similar aerial formations from Bvlgari, who lit up the skyline with images of serpents, luxury watches and the brand’s logo. A similar promotion followed from local video platform Bilibili, who celebrated the first anniversary of the China release of the computer game Princess Connect! Re:Dive. The multi-coloured display dazzled the audience for two minutes with an in-game battle and elaborate images of the characters.

What made the Bilibili drone display stand out was that the drones formed a massive QR code at the end of the show, providing an avenue for viewers to download the game. Although each of the drone promotions went viral across China and undoubtedly built brand equity, the QR Code managed to squeeze in a good old call to action. This will allow Bilibili to capitalise on the big expense of the promotion long after it is usurped by the next mind-boggling advertisement that will inevitably follow. It’s another reminder of how powerful it can be to incorporate online elements into offline ads and take advantage of Chinese consumers’ ever-present smart phones.

Although Genesis and Bvlgari are foreign brands, and even Princess Connect originally came from Japan, Chinese consumers have enthusiastically embraced them like their own. World records set against a backdrop of the Shanghai skyline, using Chinese technology – almost all of the world’s drones are from China, including DJI which makes 70%-80% of the world’s commercial drones – is a smart way to resonate with an increasingly China-proud consumer, while doing nothing to take away from your brand’s unique DNA.

China’s advertising sphere will only become more crowded forcing brands to be more innovative to stand out.

Bvlgari and Dom Pérignon collaborate for a limited edition
Next Article 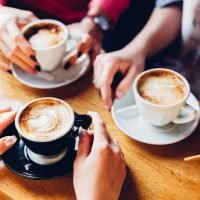