China after COVID-19: how is retail reacting?

Retailers and Investors globally are now trying to understand the impact of COVID-19 on the retail landscape. China is already one of the largest and most dynamic of retail markets, and as it was the first country to be hit, all eyes are on the recovery phase, with malls reopening for trade back in March.

Media coverage on China’s recovery was all about online, however, looking at data closer, you will see that, overall, COVID-19 has simply sped up trends that were already underway in the retail market.

COVID-19 will push all retailers to review their store footprint and re-assess their strategy. For brands focusing on opening as many stores as possible in a short period of time, the strategy will have to shift to fewer, larger and more prominent stores to build brand awareness through an enhanced customer experience.

For retailers who have fundamentally robust financials, there will be opportunities in the coming months if they can respond quickly. With a number of brands failing and pulling out of markets, good quality locations will become available at short notice. For example, Esprit’s announcement about the closure of all its point of sales in APAC, will free their locations by the end of the year. Understandably, many brands will be cautious on new store investment, but now it would be the right time to snap up good space at reasonable rental levels.

Shenzhen-based retail data and research company, LocalGravity, is closely tracking the rapid evolution in the brick-and-mortar retail market in China in 2020. The staff regularly visits 1,380 shopping venues in the top 57 cities to check trading condition and identify quickly where stores are opening and closing.

Most retailers re-opened their stores as soon as possible after the lock-down restrictions were lifted. But the real test will be when retailers deal with the medium term impact, and which brands and franchise retailers will be financially pushed over the edge by Covid-19. In the LocalGravity tracker, the team monitors which brands close stores and which open new stores post lock-down.

By the end of May, 20,548 stores in the tracked venues have closed. This represents 8.4% of the total number of stores, and significantly more than the 14,116 new openings in the same period. This is a higher number than we would normally expect to see just 5 months into 2020; over the past couple of years the annual store closures rate in China has been about 15%. There has not been yet an avalanche of closure that some analysts have predicted.

Fashion is the largest category and clothing, shoes and kids all saw a similar pattern with closures representing about 7-8% of store numbers and openings behind at around 5%.

The Sports and the Beauty categories have both been performing well in China in recent years, and in 2020 both have been more stable with total openings and closures representing about 6% of stores.

The Fashion Accessories category, covering bags and optical brands, has been hit and has seen a 5% cut on store numbers since the beginning of the year, with 1,200 closures and just 600 new openings.

Food & Beverage is another large category that has seen a cut back in store numbers. This is been mainly driven by a lot of small non-chain restaurants closing, with an 8% drop in overall numbers. The chain F&B brands with deeper pockets have been more stable with around 1,500 closures being matched by 1,500 new openings in 2020.

Opening car dealerships in shopping malls is a relatively new trend which has been led by the electric car brands. This is one category that has seen more new openings than closures, with Chinese brands NIO and Xiao Peng opening 22 and 10 new showrooms respectively.

It was already announced last November that Gap sub-brand Old Navy would be quitting China in 2020 and already by end of April most of the stores have closed. Esprit has recently announced their decision to close their stores in Asia market, with some numbers already showing closures by end of April.

GrandVision, the eyewear retailer, looks like it is closing all its stores in China. Already ahead of Chinese New Year a number of the stores in Shanghai and Suzhou had closed. And by mid-April, the remaining ones in the venues being tracked had closed.

A number of mid-sized jewellery brands, love link, BLOVE, B. Duck, rose only and I GOLD, have closed between a quarter and a half of their stores in the tracked venues. However, the large players in this category have been more stable, with the likes of Chow Tai Fook, Lukfook and Swarovski having closing numbers between 1-2% in this period and having opened more stores.

Across the surveyed retail venues occupancy rates are at 94%, with 6% of units standing empty. There is some variation across cities, with some dynamic mid-sized cities such as Xi’an, Zhengzhou and Chengdu having vacancy rates under 4%. Wuhan’s vacancy rates are also low at 4.3%. The cities that already have high vacancy rates include Hangzhou, Shenzhen, Tianjin and Changsha – these cities already have vacancy rates of over 7%. It will be interesting to monitor this situation in the coming months; will we see a significant rise in vacancy rates or will some brands be in expansion mode and take up the space vacated by the struggling chains?

Vacancy rates at tracked venues in the top 18 cities

So is the China brick-and-mortar retail market weathering the impact of Covid-19 successfully, or is this the calm before the storm?

LocalGravity is also monitoring the visitor traffic levels to key venues across China. A summary of these findings so far in 2020 will be covered in a follow up article in the coming weeks.

LocalGravity has been tracking the openings and closures of retail venues and retail brand stores in China for the last 6 years. Enquiries from retail brands and operators, can be addressed to Tom Brown, investor community may instead contact David DeRose at Pacific Epoch.

Tom Brown is an experienced retail location planning professional, having worked for 15 years in Asia with Tesco and Adidas. Tom set up the store location strategy teams for Tesco in China and South Korea. For the past 5 years at LocalGravity, Tom has been overseeing the client support and product development functions and providing consulting as a Retail Expert. 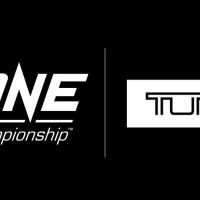 TUMI partners with ONE Championship
Next Article 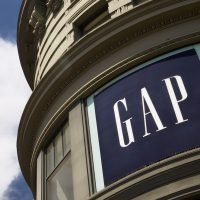