China after COVID-19: how are consumers returning to shopping venues?

Retailers and Investors globally are now trying to understand the impact of COVID-19 on the retail landscape. China is already one of the largest and most dynamic of retail markets, and as it was the first country to be hit, all eyes are on the recovery phase, with malls reopening for trade back in March.

SEE ALSO : China after COVID-19: how is retail reacting?

Retail venues in China were generally closed from late January until mid to end of March, with only the supermarket section open for business. Since the re-opening of the malls most stores have re-opened, but how quickly has the visitor traffic come back?

Consumers are obviously still weary of infection, and during the shut-down period even late adopters in China’s highly developed on-line market have become accustomed to have products delivered to them. And the level of lock-down and social distancing measures have varied across the country, which means that that shopper traffic recovery is also happening at different rates city to city.

Shenzhen-based retail data and research company, LocalGravity is closely tracking the rapid evolution in the brick-and-mortar retail market in China in 2020. The pace of recovery in customer traffic across the country is being measured using mobile device tracking at some 4,000 venues.

December 2019 was the last month where retail traffic was not impacted by Covid-19 and retail venues were all open – the LocalGravity tracker looks at the monthly consumer traffic levels at retail venues compared with December.

Traffic at venues across the whole of January was 82% of December levels. This is partially due to the impact of Chinese New Year and also the start of Coronavirus shut down both happening towards the end of the month. In February the venues were mainly closed, with just the supermarket sections remaining open. Overall traffic dropped to just 21% of the pre-Covid-19 level. Venues re-opened during March, and over the month the traffic levels picked up, but were at just half the December levels. And the recovery continued in April, with traffic levels at 69% of the pre-Covid-19 level.

There is a clear trend that the Lower Tier cities are seeing foot traffic recover more quickly than the major cities. Certainly some of the major cities have applied more strict lock down measures than in small town China. And now as the worst phase of the virus is over in China, the restriction on travel from overseas is going to impact the larger cities more than smaller ones. Of the Tier 2 Leader Cities, Hangzhou, Chengdu and Chongqing have all seen good recovery rates of over 70%.

Looking at the largest cities we see that Shanghai and Shenzhen have both seen good bounce back, and April saw traffic back up to 70% of normal levels. In February Guangzhou had seen a similar pattern to these two cities, but in April the recovery rate slowed and traffic was at 60% of normal levels. Beijing is the top tier city that has enforced the strictest lockdown and we can see this in the traffic numbers: March traffic levels were 34% and by April traffic was still at just half the normal levels. Wuhan of course has been most heavily affected. Traffic in February and March, when nearly all venues were closed was at under 10%. And in April, when venues had opened up again, traffic level were still under 30%.

This is because they are more reliant on a supermarket, which was the one part of the venues that was consistently open during February. And since March with venues fully reopening, shoppers are more cautious about going back to the major destination shopping areas which are normally the most crowded places.
For example in Chengdu, traffic levels in the dominant, city centre, ChunXi Road cluster in April was at just 63% of pre-Covid-19 levels. But across the rest of the city, traffic was back to 73%.

It will be interesting to monitor in the coming months if and when Destination shopping areas ever get back to the same traffic levels they saw before the Covid-19 crisis.

Traffic is coming back slower to upmarket malls, whilst Outlet malls are seeing the best recovery

Shopping venues that are focused on full price Luxury and Premium brands have seen lower than average return of shopper traffic. This may reflect the fact that they are concentrated in the key, central destination clusters.

On the other hand, Outlet malls, particularly the out of town, good quality malls are seeing some of the highest recovery in traffic. For example in Shanghai both Balian Qingpu Outlet and Florentia Village in Pudong saw April traffic back up to over 90% of pre-Covid levels. Coming out of lock down, consumers are looking for bargains, and in addition these are locations where people arrive by car, rather than public transport.

LocalGravity is also closely monitoring the rate of store openings and closures in the wake of Covid-19.

A summary of these findings was covered in a Retail In Asia article on 8th June.

LocalGravity has been tracking and mapping the development of the retail landscape in China and Southeast Asia for the last 6 years. Enquiries from retail brands and operators, can be addressed to Tom Brown, investor community may instead contact David DeRose at Pacific Epoch.

Tom Brown is an experienced retail location planning professional, having worked for 18 years in Asia with Tesco and Adidas. Tom set up the store location strategy teams for Tesco in China and South Korea. For the past 5 years at LocalGravity, Tom has been overseeing the client support and product development functions and providing consulting as a Retail Expert. 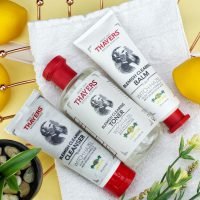 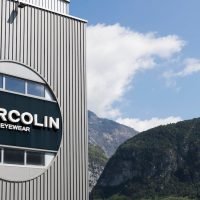