According to the latest instant messaging software statistics, WhatsApp is ranked with 1.6 billion users, while the second in line is Facebook Messenger with 1.3 billion users, followed by WeChat with 1.1 billion users.

However, WeChat, which has always planned to expand internationally, has been far from success. In 2013, when Ma Huateng spoke at the IT Leaders Summit in Shenzhen, he expressed high hopes in WeChat: “In Tencent, I only see WeChat can go global at this point.”

A year before he said that, Tencent renamed the overseas version of WeChat 4.0 as “WeChat” and planned to embark on the road of international expansion.

Tencent’s overseas promotion is also very fierce. It is said that the budget allocated to WeChat’s international expansion is as high as RMB$2 billion. Unfortunately, it is not shown to be effective. From the results, WeChat’s journey to overseas has failed Ma Huateng’s expectations.

Why is WeChat not as successful as WhatsApp overseas?

Recently, the discussion on “Why is Tik Tok successful overseas, but not WeChat?” is also a popular topic in Mainland China. The Chinese media, 36K, recently published an article that summarized the causes of the failure of WeChat overseas. The main points are as follows:

1. Localization is not enough. Humanshu Gupta, deputy director of marketing strategy for WeChat India in 2012-2015, said: “WeChat’s products are designed in accordance with Zhang Xiaolong’s vision and have many features that are very popular in China, but these features are not very popular among Indian users.”

For example, adding friends by scanning nearby people causes women to be harassed. The slow internet connection, low storage capacity for mobile phones, etc., are not friendly to WeChat, contributing to the failure of WeChat in India.
2. Existing markets already have strong penetration rates. The year WeChat decided to go overseas, instant messaging apps such as WhatsApp and Messenger have already established a stable market in the overseas social media markets.

4. After the launch of online Tik Tok, the company acquired music.ly and completed the merge. The new platform was named Tik Tok – the success of Tik Tok  is the results of the joint efforts of the two platforms.

As for WeChat? In June 2017, a report in Bloomberg mentioned that when Tencent’s acquisition of WhatsApp was at the final step in 2014, Zucker Burke suddenly entered and offered to acquire WhatsApp for almost US$19 billion, which is double of what Tencent offered. 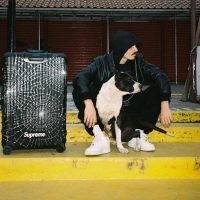 Supreme and RIMOWA collaborate for new luggage collection
Next Article 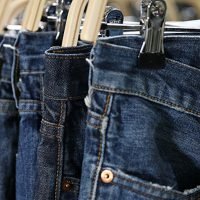