In tech news in the past week, China’s social media app Weibo is showing signs of a strong rebound in a WeChat world, and luxury brands have been wasting no time taking advantage of the platform’s expanding reach.

Fendi recently rolled out a new campaign on Weibo asking followers of the Italian leather handbag brand to show off their best selfies. In a culture where the selfie is everything, the company enlisted the aid of not just one, but three different selfie apps to give users a variety of ways in which they could show off their smile with Fendi’s new “Hypnoteyes” capsule collection.

One of the apps is Meitu Pic, part of a company that also produces livestreaming app Meipai that has just been reviewed for a potential US$5.23 billion IPO. The company’s apps altogether have more than 400 million monthly active users, and Fendi is hoping to tap into this user base with its multi-pronged campaign.

Meitu Pic users can access an exclusive set of Fendi frames, stickers and more to decorate their selfies and post them to Weibo with the hashtag, #FendiHypnoticEyes.

One of China’s most influential fashion bloggers, Gogoboi, serves as Fendi’s selfie role model to give participants a goal to reach. Gogoboi started out as a Weibo blogger, but now, he also has fashion content on WeChat, including his own store as the platform has grown into a critical tool for marketers and e-commerce.

There had been talk among China’s tech experts in recent years that Weibo was facing impending doom as WeChat grew to become a major player in the daily lives of everyday Chinese consumers, from being a payment mechanism to a platform to message friends.

Weibo started out as a Twitter-like microblog in 2009 and grew to more than 300 million users before taking a tumble in 2014 after both the rise of WeChat and a series of censorship crackdowns (which, by 2015, prompted real-name registration on all Chinese social media sites). In 2014, only about 5 percent of Weibo’s users were generating almost all of their content.

Now, though, things are starting to look up again for the platform. Weibo has appeared to have carved out a unique space for itself in the long-form blogging and video sphere by removing its character limit for posts and partnering with video sharing app Miaopai.

In the past year ending in September, Sina Weibo has seen its monthly average users grow 79 percent, according to big data service provider QuestMobile. Its growth rate is faster than WeChat and even Alibaba’s e-commerce giant Taobao. 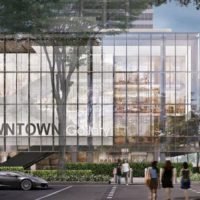 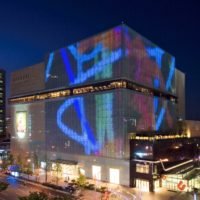