Retailers want to track every element of their customers’ experience in their stores, from their spending habits, to their location and now even their heart rate.

Walmart has recently applied for a patent for a cart that would use smart technology embedded in the handle to track a shopper’s heart rate, temperature, grip and walking speed.

Such a system would provide valuable information about how shoppers respond to different stores.

The patent says, “the shopping cart, upon being moved, ‘wakes up’ from being in a low-power or ‘sleep’ state mode,” indicating that the smart cart would begin collecting information when a shopper starts using it and go to “sleep” once they stop.

Sensors would collect the information and upload it to Walmart’s servers, where it would be analyzed for signs of shopper distress, according to the patent for a “System and Method for a Biometric Feedback Cart Handle.”

The biometric data collected would be used to determine if a shopper needed assistance and would transmit a notification to “at least one store associate to check on the user,” per the patent application.

Walmart said it would not collect any personally identifiable data.

This technology would essentially monitor how customers are feeling while they shop allowing the retailer to use that data to optimize the design of its stores for ultimate feel-good vibes or to entice people to stay in its stores for a few minutes longer, which is the tried-and-true way to get people to spend more.”

For now, Walmart’s proposal for a data-gathering shopping cart is just a patent application, so it may never come to fruition.

SEE ALSO : EXCLUSIVE : I have all this data, now what?

Nevertheless, shopping centres are already using Bluetooth beacons to track customers around stores, and new technologies like gaze detection could even tell companies what’s grabbing customers’ attention in a window display or how they feel about a product lineup. 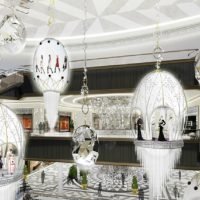 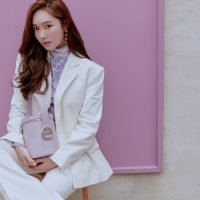