Virtual reality: The future of retail in Asia Pacific?

New research from Worldpay, a global leader in payments, has revealed that Virtual Reality (VR) and Augmented Reality (AR) technology are slowly gaining ground across Asia Pacific. Chinese consumers are leading the region – and the world – with 95% of survey respondents saying they’ve used VR or AR technology in the past three months. Other APAC markets are more cautious in their VR/AR uptake, yet remain confident that the technology may play an important role in the future of retail.

Worldpay’s study queried more than 16,000 consumers across eight markets – including China, Japan and Australia in Asia Pacific – to get their viewpoints on VR/AR adoption; from current uptake and future potential, to the technology’s benefits and barriers. In Asia, the research revealed that although China is a leader in the virtual reality revolution, other markets are only at the start of their VR journey.

Phil Pomford, General Manager for Asia Pacific at Worldpay, said: “China is blazing a trail for VR/AR adoption and showing other Asia Pacific markets what the future could look like. At the moment, the technology isn’t driving a huge amount of uptake in markets like Australia and Japan – but as we’ve seen before, technology can go from zero to a hundred in a very short amount of time. Therefore, with China leading the way, Asian businesses should start investigating the future of VR/AR technology now, so that they’re ready to meet consumer demands as and when they arise.”

Already, even cautious Asia Pacific markets are demonstrating interest in how VR/AR can improve retail experiences. Of Australian survey respondents, 61% think VR and AR could someday change the way we shop. Two thirds (66%) of Japanese consumers surveyed would like to see more physical stores using VR and AR, and a full 70% would like to see the technology used in retail apps. Unsurprisingly, Chinese consumers’ interest in VR/AR retail experiences is even more enthusiastic – 84% of respondents believe that VR/AR is the future of shopping, 92% say they’d like to see more retail apps make use of VR/AR, and only 1% say they’d never be comfortable making a purchase in a virtual environment.

Pomford added: “Many merchants are already looking at how VR/AR technology might create new Omni-channel experiences, enhance mobile shopping, and drive the next generation of consumer-led retail innovations. A compelling, immersive and seamless VR experience can drive higher customer engagement and may even have the capability to increase sales. As more companies experiment with VR/AR, they need to consider if VR technology can support purchases as well. Whatever the sales channel, it’s vital to make the payment process both slick and secure for customers. ”

SEE MORE: Believe the hype? How virtual reality could change your life

In response to this, researchers at Worldpay are investigating how shoppers can pay using a credit or debit card while remaining immersed within a virtual environment. The global payments processor has created a proof of concept, which provides the same levels of convenience, and security that shoppers have in-store and online, without needing to leave the virtual world.

The prototype design uses Host Card Emulation (HCE) to virtualise the purchasing process. The payment uses EMV technology, and for purchases under £30 (RMB268.25), the prototype works in the same way a contactless payment does – with a tap of the (virtual) card across a (virtual) card machine. For higher value purchases, Worldpay has created a technology called AirPIN. This first of its kind system allows the consumer to see a range of numbers whilst immersed in the virtual world, and then collect the four numbers that make up their PIN, one by one, using their virtual controller. 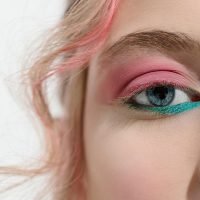 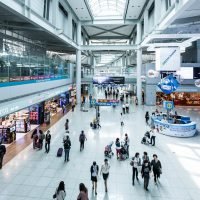