The rise of China’s smartphone brands

Like many urban Chinese consumers, Shenzhen civil servant Gao Jian has had a long-held belief that the quality of domestic smartphone brands paled in comparison with foreign brands, especially Apple.

But in December, Gao joined the growing number of mainland consumers who have made the switch from Apple’s iPhone to a premium Android smartphone from a major Chinese brand. He bought a Mate 20 Pro, the flagship model from the country’s largest smartphone supplier Huawei Technologies.

“Its design and cameras are better than what I expected,” Gao said. “Also, iPhones have become increasingly unaffordable.”

His experience reflects the broader success of the Chinese mobile phone industry in smashing people’s perception that domestic suppliers are only good for inexpensive, low-quality products.

That stereotype has beset many Chinese brands in the home appliances, consumer electronics, personal computer, car and mobile phone markets, where products from more established brands in the US, Japan or Europe were preferred by mainland consumers for many years.

But brands like Haier Group Corp, Lenovo Group and, more recently, Huawei, have expanded their operations, increased research and development, and made advanced products to change that impression around the world.

China is now home to some of the most successful smartphone brands, which rival the likes of Samsung Electronics, Apple and LG Electronics.

Shenzhen-based Huawei, the top global supplier of telecommunications network equipment, was ranked the world’s second biggest smartphone vendor – behind Samsung and ahead of Apple – for the second consecutive quarter in the three months ended September 30, according to research firm IDC. Xiaomi Corp and Oppo took the No 4 and 5 spots in the same quarter.

The emergence of Chinese smartphone brands on the global stage has mirrored the rising competitiveness of the country’s telecoms network equipment suppliers, which have won market share with value-for-money offerings as well as on heavy investments in research and development.

The gains have also sparked increasing pushback by the US, which is persuading its allies to boycott Chinese telecoms gear suppliers such as Huawei on grounds of national security.

With the world’s biggest internet population and smartphone market, China had as many as 300 domestic mobile phone companies about three years ago. Cutthroat competition reduced that number to about 200 last year, as Chinese consumers bought fewer smartphones and the economy grew at a slower pace. 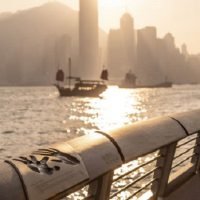 The Avenue of Stars continues to shine
Next Article 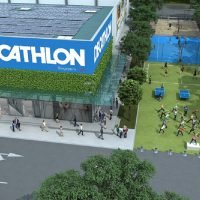