During a meeting with stockholders, Naver decided to change the status of its in-house venture company Naver Pay to a separate entity. Named “Naver Financial,” the new subsidiary is to be officially launched on Nov. 1.

To expand its platform into various financial services, such as money lending and insurance marketing, the company vowed to secure an investment worth 500 billion won ($418 million) from local brokerage firm Mirae Asset Daewoo.

“Mirae Asset Daewoo’s investment will be implemented after going through relevant procedures. We are also planning to increase the workforce,” Naver Financial’s chief Choi In-hyuk said during a conference call.

The company, however, reiterated that it is not planning to enter the internet banking business despite the government’s eased regulations. Naver CEO Han Seong-sook told reporters that “it is time to focus on stabilizing the new subsidiary.”

Since announcing its plan to spin off Naver Pay in July, Naver has been seeking to enhance the platform’s mobile payment service functionality. With its massive number of online subscribers and offline retailers, Naver aims to attract users at home and overseas by introducing various services.

Naver has been running a trial of the Table Order service, through which Naver Pay users can order food and make payment simultaneously. Since June, Naver has enabled Naver Pay users to buy items at stores in Japan that subscribe to the mobile payment system of Naver’s Japanese subsidiary Line.

“Based on massive traffic accumulated by Naver Pay, we are going to emerge as an efficient and competitive financial platform,” Naver CEO Han said when she announced the company’s second-quarter earnings in July.

Naver’s expansion into the financial sector directly challenges Kakao, which has been spearheading the mobile payment market.

According to Kakao, the number of users using the mobile payment app Kakao Pay surpassed the 30-million threshold last month, with accumulated transactions of 22 trillion won during the first half of this year.

Beyond the mobile payment service, Kakao Pay is seeking to diversify its business portfolio and expand into various financial sectors. Using its popular messenger app Kakao Talk, the company will soon launch a service that can recommend the best insurance policy for Kakao Pay users.

The company is also expected to foray into the financial business by combining the payment system with Kakao’s internet-only bank. The move has gained momentum since the government approved Kakao’s plan to become Kakao Bank’s largest shareholder in July.

“The integration of Kakao Pay and Kakao Bank is a big deal, and the impact would be massive. Beyond the technology sector, Naver and Kakao would engage in fierce competition in the financial sector,” said an industry official. 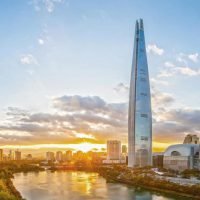 EXCLUSIVE INTERVIEW with Thibierge: The art of paper