Led by its Galaxy J7 (2015) and Galaxy A-series models, Samsung ranked the top vendor in the NT$5,000-10,000 segment of the local smartphone market for six consecutive months from October 2015 to March 2016, said Samsung Taiwan.

During the six-month period, sales of models for the NT$5,000-10,000 sector grew by 70% on year in terms of shipment volume and expanded by over 60% in terms of sales value, Samsung Taiwan added.

The Galaxy J5 (2016) sports a 5.2-inch display compared to a 5-inch screen of its predecessor, while the battery life, camera specifications and memory capacity of the 2016 models have also been upgraded, noted the vendor.

Meanwhile, Samsung also ranked as the number one smartphone vendor in the local market in terms of sales volume in April, accounting for a 25% share, according to data compiled by local retail channels. 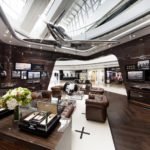