A Singaporean cartoon-themed coffee shop, Charlie Brown Café, has officially announced a partnership with one of the world’s longest-leading blockchain providers, DECENT.

The partnership between the companies was a result of DECENT’s eighth instance of the Blockchain Pioneers Hackathon series which took place in Singapore.

The event introduced various iconic merchandise items manufactured exclusively for the café, including musical instruments, thermoses, and thematic plush toys which can be conveniently purchased via DECENT’s wallet application.

The café, started by David Foo in December 2010 inside the Cineleisure Orchard urban mall, is thematically inspired by a syndicated comic strip, Peanuts, created by Charles M. Schulz, and features characters such as Charlie Brown and Snoopy.

Director David Foo commented on this newly undertaken endeavor, saying: “Charlie Brown Café is always excited to experience new technological outputs of the modern era. This, alone, was the reason why we have decided to partner up with DECENT and integrate blockchain into our café, allowing our customers to buy on-site merchandise, food, and beverages by conveniently using the DCT token. Now, with DECENT’s help, we wish to provide a one-of-a-kind experience for our customers.”

Users wishing to purchase Charlie Brown Café’s in-house merchandise with DCT can do so by installing DECENT’s proprietary wallet application and performing a transaction conveniently at the café.

Matej Michalko, CEO and Founder of DECENT, also commented on the successfully launched partnership: “Seeing the use of blockchain in everyday life feels like a great accomplishment. Thanks to the partnership with Charlie Brown Café, we are honored to embrace digital payments adoption and polish this endeavor to perfection. The future plans involve extending our business opportunities to see blockchain adopted in other real-life outlets.”

Both companies are currently working on integrating a functionality which would allow for paying with DCT tokens even on the Charlie Brown Café’s official website, with more news to be announced later. 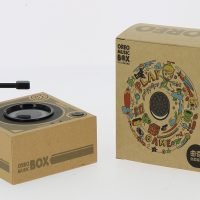