Samsung announced today that it has cemented a deal that will make Alipay, China’s largest online payments platform, available through Samsung Pay.

The partnership, made between Samsung Electronics and Ant Financial, the Alibaba financial tech affiliate that owns Alipay,  is important because Alipay is one of the most formidable rivals mobile payments like Samsung Pay and Apple Pay face as they tackle the Chinese market.

Alipay, which claims about 450 million active registered users, launched the Alipay Wallet smartphone app, which stores credit card and coupon information and can be used for offline payments, back in 2013.

Samsung Pay users can now link their Alipay accounts and make payments with the service’s NFC and MST technology to checkout at retail stores. They can also access Alipay’s QR codes through the Samsung Pay.

The advantage of tying up with Alipay is obvious for Samsung Pay. Alipay also benefits, however, because Samsung Pay’s technology will allow it to expand into more offline businesses.

Alipay claims to be accepted at about 600,000 brick and mortar retail stores in China, as well as in over one million taxis. 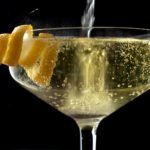 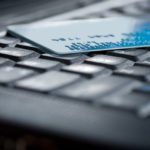 The e-commerce 3 trends every online retailer should know