Rocket Internet SE, the German tech company specializing in cloning Web startups, said the combined loss of the biggest companies in its portfolio narrowed in the first half of the year on a 32% increase in aggregate revenue.

Rocket said Thursday that the adjusted loss before interest, taxes, depreciation and amortization of the key companies in its portfolio shrank to €210 million (US $235 million) in the six months to end-June from around €300 million in the same period last year on combined revenue of €1.04 billion.

Rocket, which has launched roughly 100 internet firms, operates like a central holding company with minority or majority stakes in portfolio companies. Employees monitor tech startups around the world, glean the ideas that look promising and launch knockoff businesses in other countries.

The company’s 2014 initial public offering was the biggest German tech flotation in a decade, but its share has since lost about half of its value, as investors questioned its prospects for profitability.

Of Rocket’s nine key companies, Middle East fashion retailer Namshi was the only one that turned a profit in the first half, with earnings before interest, taxes, depreciation, and amortization, or Ebitda, of €1.6 million, Rocket said.

HelloFresh was the only major startup whose adjusted Ebitda losses widened. The loss doubled to €45.7 million from €21 million because of investments in the food retailer’s expansion in the U.S. HelloFresh’s revenue more than doubled to €291.5 million from €112.5 million.

Rocket didn’t publish financials for Delivery Hero, in which it also holds a stake.

Rocket itself reported half-year results earlier this month, with its January-to-June net loss widening to €582.6 million from €33.5 million in the same period in 2015. Rocket’s financials are separate from those of its main portfolio companies.

Most of Rocket’s own first-half loss came from a write-down of one of its biggest startups, online retailer Global Fashion Group, in which it has a 20% stake.

Furniture retailer Home24’s valuation had declined by more than half to €420 million in a recent financing round, but Chief Financial Officer Peter Kimpel said this didn’t affect Rocket’s first-half results and wouldn’t impact third-quarter results because it didn’t affect Home24’s valuation on Rocket’s balance sheet. The balance-sheet valuations of Rocket’s portfolio companies are in many cases different from those reached in financing rounds.

Mr. Kimpel confirmed the target of narrowing full-year adjusted Ebitda losses of the key portfolio companies, and said Rocket’s aim for next year is to see the firms’ combined losses shrink further.

Rocket has reduced staff, said Mr. Kimpel, but declined to provide a figure. 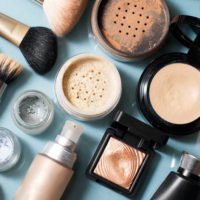 5 Korean beauty trends to know about now
Next Article 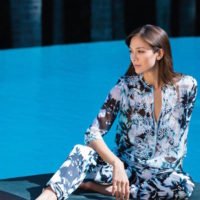