Pepper the robot’s next job is Pizza Hut cashier

You gotta hand it to Pepper. Even in the face of worldwide economic woes, Softbank’s plucky little robot has never had an issue holding down a job. The ‘bot’s latest gig isn’t exactly the most glamorous we’ve seen it take on, but it will likely do so with a smile – or the approximate equivalent.

Thanks to a commerce partnership between Softbank and MasterCard, Pepper will working as a cashier in select Pizza Hut locations in the Asia-Pacific region by the end of the year.

Pepper will utilize the MasterPass digital wallet to check people out. The robot will be able to customize its interaction with consumers based on past purchasing habits. It’s also capable of adjusting its interaction according to consumer moods. “Pepper has the ability to do emotional sensing,” said Puehse. “It gets a sense of whether the consumer is happy or sad. That can help to make it engaging. Pepper would potentially adjust the ordering process for a customer who is happy. Pepper could potentially make some jokes, etc. It actually responds to how the consumer is feeling. It’s almost like digital empathy.”

MasterCard chose the Asia-Pacific market based on Pepper’s availability – and the fact that the robot has already been utilized for customer service experiences in the region and will therefore have some familiarity for restaurant-goers. If all goes well, the companies expect to roll out the ‘bot to more restaurants and markets. 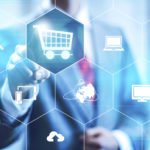 Singapore e-commerce market to exceed US$5.4 billion in 2025
Next Article