From offering mobile payment services such as WePay and Alipay to hiring front-desk staff proficient in Mandarin, the New Zealand Chinese Travel and Tourism Association was not short of advice for Kiwi tourism operators on how to benefit from an influx of mainland Chinese visitors to New Zealand this year.

“Chinese tourists enjoy spontaneous travel so there are a lot of last minute bookings. For businesses who’d like to attract Chinese tourists, this is the major challenge for them,” association chairman Simon Cheung said in a promotional video.

But preparations for the 2019 China-New Zealand Year of Tourism – a campaign by both governments to strengthen economic and bilateral ties – were cast in doubt when China postponed the launch event, which was expected to take place in Wellington next week.
Huawei is banned, but where is the backlash in New Zealand?

New Zealand Prime Minister Jacinda Ardern on Tuesday acknowledged that the country’s relationship was complex and not without challenges, but dismissed talk there was a rift. But she revealed that dates for her first official trip to China, planned for the end of last year, still had not been finalised.

“I have been issued with an invitation to visit China, that has not changed. We continue to find dates that would work,” she said.

Her admission fuelled concerns from opposition parties and the media that ties, already tense after Ardern’s government blocked Chinese telecom giant Huawei from the nationwide roll-out of a 5G data network over “significant national security concerns”, were deteriorating further.

Last weekend, an Air New Zealand flight en route to Shanghai was turned back to Auckland, with some reports suggesting it was due to how paperwork on board the plane had referred to Taiwan. According to Bloomberg, the airline said the Boeing 787-9 Dreamliner was not yet certified to fly to China, but had been “unfortunately assigned” the flight.

The Civil Aviation Administration of China last year told foreign firms and airlines not to refer to Taiwan as anything other than a Chinese territory on their websites.

Former New Zealand government trade consultant Robert Scollay said from the point of view of those in the country, China’s latest actions “raised the question of whether this is a temporary expression of displeasure or if it means something more significant”.

After Wellington’s decision on Huawei, which it took in support of its fellow members in the Five Eyes intelligence alliance, there was a debate on whether it had finally chosen a side in its long-running balancing act between the United States and China – its two most important economic partners.

But Chinese foreign ministry spokesman Geng Shuang on Friday dismissed the suggestion, saying both countries had a common interest in ensuring healthy and stable ties. “China is willing to work with New Zealand on the basis of mutual respect, equality and mutual benefit to promote the continued development of China-New Zealand relations,” Geng said.

Noakes from the University of Auckland said he was not convinced ties had deteriorated, despite recent events. “The really unlucky thing is that the perceived souring of ties dovetails with commonly held misperceptions of what China is and what engagement with China means for New Zealanders.”

“This can become a self-fulfilling prophecy,” he said. “We talk ourselves into having a bad relationship with China, and that’s quite dangerous.” 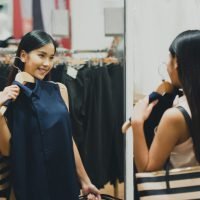 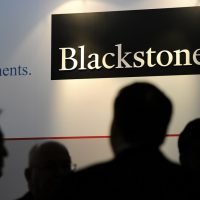