SEE ALSO : Can Lotte On compete in the digital market?

Kreme is operated by Camp Mobile, a subsidiary of Naver that also operates other apps such as LINE, SNOW and BAND.

Based on the firm’s experience operating major services that target millennials, Camp Mobile has entered the field of investment utilizing sneakers.

Sneakers are currently the most prospective resell genre.

There are many platforms competing fiercely in North America already. American unicorn StockX, which was established in 2015, received investment from DST Global Group last year, setting its corporate value at 1 trillion won. Chinese No.1 sneakers reselling platform Du recorded sales of 430 billion won in just the first half of 2019.

American investment bank Cowen & Company said the global sneakers resale market was estimated at US$2 billion last year and is expected to grow to US$6 billion by 2025.

Nike’s “Air Force 1 Para-Noise” sneakers designed in collaboration with K-pop star G-Dragon were released for 219,000 won a pair. The value of the limited edition shoes has skyrocketed 60 times to sell at 13 million won on various online resale markets when signed by the musician.

“Our major customers are millennials who are fanatical about limited edition sneakers. They want to be different from others and they pay big money for scarcity,” Kream head Kim Mee-jin said.

This is a frequently-seen trend among people in their 20s and 30s who wait hours in front of the shops before the release of popular sneakers and resell them online.

In the past, people sold these sneakers individually, person-to-person, through online communities. However, it was hard to know if the products were real or fake and some would receive the money online and never send the shoes.

Companies begin to establish platforms where they can verify the products’ authenticity and guarantee safe trading.

In addition, the Kream application shows graphs of the real-time market price for sneakers and has hired professional inspectors who can verify the products’ authenticity. The platform provides reviews by both Koreans and foreigners too.

“Style Share” is one of the most popular local fashion platforms in Korea, used by 57 percent of millennials.

In last November, Style Share launched a separate resale market platform called “Ours” for luxury goods. Ours sells products on consignment and it takes good care of the products before they are sold second hand. It also deals with customers’ complaints and makes sure no fake products are traded.

Its mobile application will be available from July and it will spin off from Style Share afterwards, Sung said.

“Ticket trading in the black market was done through social media or online communities that lack a safe trading guarantee. Since we launched a system that sends money to sellers when buyers only receive their tickets in June, 2015, not a single case of fraud has taken place,” Ticket Bay CEO Han Hye-jin said. 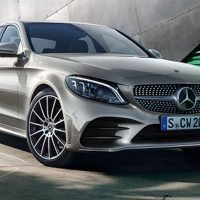 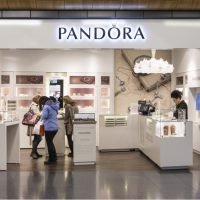