Thinking about investing in Bitcoin?

Investors who bought Bitcoin just ahead of Thanksgiving certainly have something to be thankful for. Bitcoin prices breached $11,300 for the first time, representing a rise of over $3,100 in a week.

SEE ALSO : Bitcoin suffers its biggest plunge in a month

It is a stunning rise for the cryptocurrency, which only just broke the psychologically important milestone of $10,000 hours earlier—despite financial heavyweights voicing their concerns about an asset with limited regulatory clarity.

But several major governments, including the U.S., have signaled a willingness to regulate the cryptocurrency space rather than outright ban it. Meanwhile, institutional investors have also been jumping onto the bandwagon, with the Chicago Mercantile Exchange saying that due to client demand, it would launch Bitcoin futures by the end of 2017.

The Wall Street Journal reported that both Nasdaq and Cantor Fitzgerald are looking to launch bitcoin derivatives. A futures market for Bitcoin would likely usher in more institutional investors, adding more liquidity — and potentially stability — to the cryptocurrency market.

“Demand pressure is essentially driven by two things. Firstly, the increasing awareness by both the public and investors that cryptocurrencies are here to stay, and secondly, the increasing professionalization of cryptocurrency trading,” said Daniele Bianchi, an Assistant Professor in the Finance Group at the Warwick Business School, in an email.

While Bitcoin bulls hail its rise as a sign of increasing acceptance, other investors are warning of an increasingly volatile bubble. Investing legend Jack Bogle, who founded the Vanguard Group, cautioned investors to steer clear of Bitcoin because it does not provide a steady stream of income in the way that bonds or dividends might. Instead, its price is dependent on sentiment.

“Bitcoin has no underlying rate of return,” said Bogle at a Council on Foreign Relations event on Tuesday, as reported by Bloomberg. “You know bonds have an interest coupon, stocks have earnings and dividends, gold has nothing. There is nothing to support Bitcoin except the hope that you will sell it to someone for more than you paid for it.” 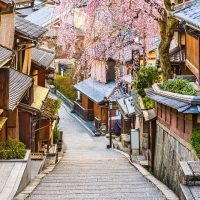 Where do Asian travellers spend their holidays?
Next Article 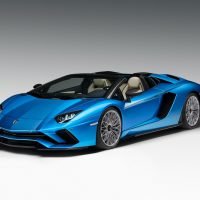 Retail in Asia partners with DesignInspire in Hong Kong