Big data is all the rage as the key building block to prop up the emerging artificial intelligence (AI) industry. For this reason, tech giants here and abroad have gone all-out to become more data-rich to embrace the next AI era.

This is true for almost all the tech industries including smartphones, internet and e-commerce as shown in the latest steps taken by leaders of these tech platforms.

Apple and Samsung, for example, are turning their eyes to the autonomous vehicles market as their next growth area, which requires massive datasets for full-fledged services. Google and its Korean counterpart, Naver, are intensifying their rivalry for language translation service. This is also cited as a war of data, as those with enough datasets can offer more accurate and natural translation outcomes.

One thing they have in common is that they have their own voice recognition platforms combined with big data. The smartphone leaders are equipping their flagship devices with voice assistant services, while Naver and Google are seeking leadership in the AI speaker industry.

The AI home speaker is particularly drawing keen attention from the global tech sector, with industry-leading IT giants such as Google, Amazon and even Alibaba tapping into the data-driven hardware market.

Observers point out that the AI speaker is not serving as a key revenue generator for those leading tech titans, but plays an important role in collecting datasets.

Amazon and Google are two leading players in the industry, with the former launching its wireless speaker, Echo, in 2015. The latter followed suit with Google Home in 2016.

Amazon’s Chinese e-commerce counterpart, Alibaba, is also set to unveil its own AI speaker this week.

In Korea, Naver is cited as the most influential AI player, backed by its unmatched amount of datasets from its internet search portal that has more than a 70 percent market share here.

The internet giant is boosting its AI presence in Asia where Google and Amazon have yet to achieve notable success.

“Wave is targeting Japan at the initial stage, as no AI speaker competes in the market seriously as of now,” a Naver spokesman said. “After securing a sizable market there, we are going to expand the business into other Asian countries.”

The company said it is seeking to take advantage of its AI expertise and massive language-related datasets.

“The language-learning process may come as a hurdle for overseas AI firms like Amazon and Google in tapping into Asian markets,” he said. “But we have strong footholds in both brand value and language datasets in major Asian markets.”

The company, teaming up with its Tokyo-based subsidiary LINE, is also planning to launch its Champ portable AI speaker in Japan and other Asian nations. It vies to take advantage of its presence as a dominant messaging app player especially in Southeast Asia. 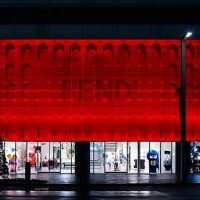 Fendi to open a pop-up store in Tokyo
Next Article 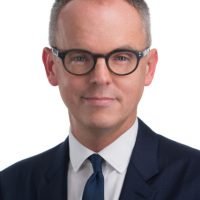