Fashion brands, like Burberry, are only just starting to test the waters with TikTok, which has rocketed to the top of the app charts with over one billion downloads, according to Sensor Tower, a mobile app data firm.

Burberry’s Instagram campaigns tend to be pretty conventional: photos of Gigi Hadid and other It-girls adorned in the British luxury brand’s clothes, or glossy shots of the latest bag or fragrance.

On TikTok, though, Burberry tried something different. The brand issued a “challenge” for users to post videos of themselves attempting to contort their hands in the shape of the letters “TB,” representing the updated Thomas Burberry monogram.

One week, 30,000 videos and 57 million views later, Burberry has an authentic viral hit on its hands, albeit one a fair bit sillier than its usual campaigns. One popular video of a Scottish influencer named Simmy Landa dancing while using her hands to make the monogram has nearly 10,000 likes.

TikTok’s simple interface, which allows users to upload 15-second video clips, often set to music or covered in stickers and other effects, has proven particularly irresistible to Gen Z: 66 percent of the platform’s 500 million global users are under 30, according to Business of Apps, a data analytics firm.

To date, TikTok’s greatest cultural impact is probably Lil Nas X’s Old Town Road, the viral country hit now in its 10th week atop the Billboard Hot 100 after the rapper promoted his song as a meme on the platform.

But where Gen Z goes, advertisers quickly follow. Brands like Burberry, Calvin Klein and Guess, which are working overtime to reel in the youngest consumer cohort, see the potential for a viral sensation of their own.

“It’s important for Burberry as a brand to be where our consumers are, and we need to constantly be evolving what spaces we play in,” said Rachel Waller, vice president of digital marketing. “We thought long and hard before launching on TikTok … we wanted something that felt really tapped into the space, and would be about a broader consumer education and invite people into our world,” he continued.

TikTok was launched in 2016 by Chinese technology firm Bytedance (the app’s name in China is Douyin). It bought and folded in the lip-syncing app Musical.ly, bolstering its cult following among young users. The countries with the largest TikTok user bases are India, the US, Turkey and Russia, according to research firm MoffettNathanson.

“TikTok is absolutely massive and the fundamental thing about it is that it is so user-friendly,” said Mark Terry-Lush, the director of social media agency Make Honey. “The core audience is 16 to 18, and this generation grew up mobile-first. They are used to viral content. The generation of Youtubers and Instagrammers have big production machine behind the scenes, but TikTok is way more instantaneous.”

Vicky Banham, a 21-year-old TikTok beauty influencer with 1.3 million followers, believes that young audiences flock to TikTok’s less-polished videos because the intention is to create “fun and silly” content, as she put it. In her posts, Banham will have a face full of makeup, but she is also dancing and making goofy faces at the camera.

“While Instagram has grown into a well-established platform, TikTok has a young demographic who doesn’t care about the whole perfect shot thing,” Banham said. “The editing thing, the fake boobs and fake lips. When you are 13, you want to sit with something that’s entertaining. TikTok is making social media fun again. It’s a place where you are enjoying other people’s company online,” she continued.

TikTok also gives users an easier way to be discovered with its “For You” feed. While content on Instagram and YouTube typically gets picked up by an algorithm that values clicks and views, anyone can get placed onto the For You feed if they use the hashtag. This has helped users nab huge followings much faster than they could on better-established social media platforms.

“TikTok videos are all about being yourself, so it’s easier to grow,” said Madison Lewis, a 16-year-old TikTok influencer who has over 3 million followers tuning in for her singing and comedy videos (BoF spoke with Lewis after obtaining permission from her mother first). “My followers really enjoy the comedy perspective of it.”

When TikTok began testing ads on its platform, Poshmark, the digital resale company, was eager to be one of the first brands to jump in.

“TikTok had been on our radar because it seemed like a platform that grew out of nowhere,” said Steven Tristan Young, Poshmark’s chief marketing officer.

Poshmark was advised that ads on TikTok can’t just look like typical promotions.

Instead, it gathered content from Poshmark influencers talking about the resale app, and turned that into an ad with a more casual feel. Young said the campaign was a success, with a lower ratio of spending to app downloads than on other social media.

Poshmark has yet to publish any videos on its TikTok account. Others, though, including Calvin Klein, dove right in.

The brand debuted on TikTok, with short videos of Asap Rocky and Kendall Jenner lounging casually in Calvin Klein. One video from the campaign, in which Shawn Mendes sits in Calvin Klein clothes and talks about his music had a 30 percent engagement rate, measured by likes, profile clicks and other interactions, a record for the brand.

Calvin Klein’s TikTok campaign became its most-viewed digital campaign ever, picking up ten times the engagement rate of its Justin Bieber ad from 2015.

Even brands that are not on TikTok are wildly popular there. The #LouisVuitton hashtag has 23 million views, though the label hasn’t joined the platform.

“If you’re, like, posting content where you are promoting a pillow, no one is going to watch it because that’s not what TikTok is about,” she said. “My followers are commenting that they love my videos and music, and they want to engage with that — not really product.”

TikTok has not set up infrastructure available on other platforms that allows brands and influencers to monetise their followings. Users can not click through to a link, or buy products in the app. (Users can, however, buy virtual currency on TikTok called “coins,” which is gifted to creators. Sensor Tower recently estimated that users have spent $97.4 million on TikTok to date, including $9 million in May alone).

“It’s okay to think about our broader community, that it doesn’t always need to lead immediately to sales,” said Burberry’s Waller. “It’s a longer-term play of what belonging to Burberry means, because a sense of belonging is really important.”

A TikTok spokesperson said, “the company is focused on creating the best experience for its users and will be looking at advertising opportunities down the line.”

The platform is going through some growing pains. TikTok was fined a record $5.7 million by the Federal Trade Commission for violating the Children’s Online Privacy Protection Act and illegally collecting the data of children under 13 on its app. TikTok acknowledged its child safety issues last year and agreed to release an app specifically for young users that has more privacy protection.

And the platform is showing signs of wanting a seat next to the giants of social media. TikTok will participate in the Cannes Lions Festival, holding a discussion about “disrupting entertainment,” hosted by two of its top creators.

TikTok’s Wild West phase has some upside for brands. Influencers tend to charge less for sponsored content on TikTok than Facebook or Instagram. An influencer with a few million TikTok followers might charge $5,000 or $6,000 per post, compared with $10,000 to $15,000 on Instagram, said Charlie Buffin, who works with TikTok influencers at MC Projects. Engagement rates are through the roof, approaching 50 percent on some posts, where 2 percent would be considered a success on Instagram, said Terry-Lush.

“TikTok offers a unique opportunity for brands to capitalise early on the platform’s availability of organic reach as there are so few brands active,” he said. “The first brands to adapt and find their voice on new platforms tend to see a tremendous amount of ROI.”

Terry-Lush recommends brands keep on top of trending memes and challenges on TikTok, and try to mimic them.

“Your content needs to mirror the content of your target audience,” he said. “Above all else, though, you have got to entertain. That’s the key difference for brands to do well on TikTok. Content like, ‘hey, look at this dress’ is just not entertaining and it won’t get you very far.”

To TikTok experts like Banham, the strategy to winning the platform is easy.

“It might sound cliche, but just enjoy yourself,” she said. “Don’t create stuff you don’t like. But if you are putting out stuff that you enjoy, and not lame branded stuff, the audiences will come. They want to watch talent, diversity, and cool stuff on TikTok that is cleverly done.” 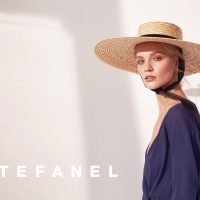