Hong Kong will be one of the world’s earliest adopters of next generation 5G mobile broadband services, which will run 10 times faster than existing high-speed mobile internet when the technology is ready for commercial use in 2020, local officials revealed on 1 December 2017.

The Office of the Communications Authority said the city would “grasp” 5G’s benefits after service allocation details are finalised in 2019.

The International Telecommunication Union (ITU), a UN body, will convene the World Radiocommunication Conference in 2019 to decide global allocation of the 5G spectrum. Commercial 5G services are expected to roll out the following year.

The current mobile broadband standard, 4G-LTE, is only capable of download speeds of 1 gigabit per second. The 5G standard is expected to have a maximum download rate of 10 gigabits per second and will have significantly less latency, giving people faster load times for content, such as for full, high-definition videos.

Information technology sector legislator Charles Mok said once the 5G spectrum is finalised, it would be relatively simple to install on existing 4G-LTE networks, without needing to replacing entire cellular towers.

Mok expected the 2019 conference to go smoothly because many vendors and developers were already preparing products for 5G as they had an idea which spectrums would most likely be allocated.

“The ITU announcement will be just a formality because where the industry is going is pretty certain,” he added.

Meanwhile, the communications authority has set up a licensing scheme for companies that wish to use wireless bands for Internet of Things (IoT) devices.

IoT products are constantly connected to the internet, collecting data for use on other devices or for companies’ later analysis to develop upgrades or new products.

The licence would give the government regulatory oversight of products that use wireless communications to generate, exchange and consume data. This would include smart meters, smart waste management systems and autonomous vehicles.

Two international companies have applied for the licence, according to authority deputy director general Chaucer Leung Chung-yin, but he declined to name them. 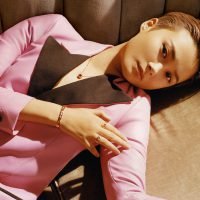 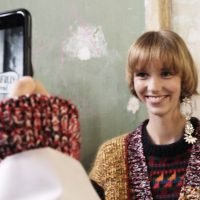