China’s Bitauto raises $300M, with Baidu, JD.com and Tencent each chipping in $50M

As the on-demand transportation industry continues to heat up in China, one of the bigger online marketplaces for cars is also capitalizing on the growth.

Bitauto Holdings — which both operates a giant car marketplace that we’ve in the past described as Cars.com, Consumer Reports and Auto Trader rolled into one; and also invests in transportation startups — has announced a fundraise of $300 million. The company is traded publicly and is valued at around $1.4 billion; and this latest cash injection is partly notable because of who is making it.

Bitauto is not disclosing how it plans to use the money beyond “general corporate purposes.” The company currently makes revenues from advertising, subscriptions, transactions and marketing. Its financials and other metrics are as outsized as the wider economic growth in China: the company is profitable with revenues on the rise, and said that in the first quarter of this  year it generated 27 million sales leads and some 50,000 transactions.

JD.com and Tencent were previous strategic investors, while Baidu is taking its stake as part of a new strategic partnership, in which it sounds like Bitauto will provide inventory for a new auto search on Baidu. 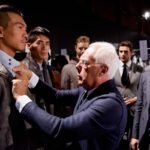 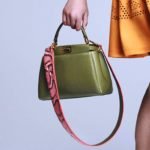