The e-wallet battle is heating up, after Hong Kong’s dominant ­Octopus cards announced on Tuesday an app for Apple devices to be launched on Wednesday, a week after ­Apple Pay went live in the city.

To use the system, Hongkongers will need to download an ­Octopus app, buy an Octopus card reader for HK$228 and pair the card reader via Bluetooth with an iPhone, Apple Watch or iPad.

That is why Octopus needs to include the personal card reader to support its own mobile ­payment set-up. China’s similar Alipay and Tencent’s WeChat app support TouchID, making them convenient for iPhone users.

Octopus’ online payment ­services have been available since 2014 on Android smartphones and have so far recorded about one million downloads.

Cheng told the Post that the new online feature could transfer funds from one user to another through person-to-person app O! ePay, and settle payments to online shops such as Alibaba’s Taobao.

The app does not support ­contactless payments in stores using an Apple device. Cheng added that Octopus was not only used for shopping at 17,000 retail outlets, but on public transport and for accessing ­residential and commercial premises. Apple Pay is available at about 10,000 outlets. 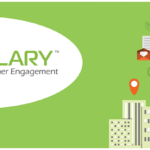 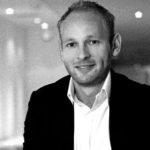