Apple Pay will arrive in Japan this October

Apple Pay premiered in 2014 as a way to let shoppers load credit card and debit card information onto iPhones’ “mobile wallets.” Customers can then use either their iPhone (or linked Apple Watch) to pay at retail stores that are equipped with point-of-sale registers supporting near-field communication (NFC) technology.

People simply place their phones or watches near the point-of-sale register sensors to pay. Swiping a credit card is unnecessary.

Apple’s Pay’s arrival in Japan was originally reported a few weeks ago by Bloomberg. Phil Schiller, Apple’s marketing chief, confirmed at an event on Wednesday in San Francisco that Apple Pay in Japan would use a different technology that rivals NFC, called Felica.

Felica, which is developed by Sony, is to be integrated in future iPhones in Japan so people there can pay with their phones for mass transit rides including buses and trains. With the chip integration, iPhone users can also store their transit passes on their phone and tap their phones to scanners on the bus and train, bypassing using a physical transit card.

Schiller added that the new version of the Apple Watch, Series 2, will also include support for Felica. One of the reasons why Apple is integrating Felica chips in Japan is because Sony’s technology is more popular there with 1.9 million payment terminals already using the technology.

Apple Pay will also debut in New Zealand in October and in Russia sometime in the fall, the company said. 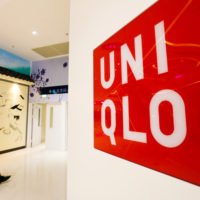 Uniqlo sets up for Southeast Asia expansion
Next Article 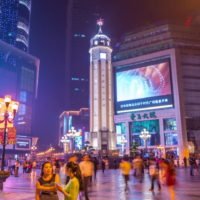