The potential for blockchain technology to bring about widespread change has been predicted since 2011 and the emergence of Bitcoin. But in 2017 when the concept really started to capture people’s attention.

Blockchain-focused financial services startups raised $240 million in venture funding during the first half of the year. However, its potential was beginning to be recognized across other sectors and industries.

2018 is likely to see a continuation of this trend of innovation and disruption. Here, are the five key ways this is likely to happen.

SEE ALSO : Bitcoin suffers its biggest plunge in a month

1.More use outside of finance

While it’s implications for the financial sector might seem most apparent, any industry or organization in which recording and oversight of transactions is necessary could benefit. Healthcare, HR, and legal work have already piloted few applications.

Meanwhile in manufacturing and industry, the Blockchain Research Institute, the founders of which include IBM, Pepsi Co and FedEx, say it expects blockchain to become the “second generation” of the digital revolution following the development of the internet. It has highlighted work by electronics manufacturer Foxconn to use blockchain to track transactions in its supply chain.

2. Blockchain meets the Internet of Things

Security is one reason they are a good fit – blockchain’s encrypted and trustless nature makes it a viable option when it comes to keeping the ever-growing number of connected devices in our homes and offices safe. Research envisages that blockchain compute power that is used to “mine” Bitcoin could be put to use safeguarding our smart homes from a new generation of cyber-burglars looking to break in and steal our data.

Another proposed use is that the cryptocurrencies built on blockchains would prove ideal for automated micro-transactions made between machines. As well as recording machine activity on the ledger for record-keeping and analytical purposes, machines could effectively “pay” each other when smart machines operated by one organization interact and transact with those owned by others. This is likely to be further down the road, but it is likely we will see research and breakthroughs in this area in 2018.

3. Smart contracts will come into their own

“Smart contracts” are another possibility brought about by blockchain – the idea is that contracts will execute automatically when conditions are filled, meaning payments will be made, or deliveries dispatched, or anything else in business which is typically defined by a contract.

Blockchains make smart contracts possible because of their consensus-driven nature. Once agreed-on conditions are met, then the contract is filled. This could mean paying bonuses when targets are hit, or despatching an order once a payment has hit your account.

Putin was the first – with the recent announcement of the “Crypto Rouble” – but it was inevitable that politicians would at some point start to consider the advantages of blockchain-derived currencies. In the wake of Bitcoin, it has often seemed that nation states have been lacking in their enthusiasm for this particular application – and probably with good cause. Bitcoin was after all envisaged as a way of creating a tradeable currency which couldn’t be manipulated by governments.

Some such as China have been outright hostile – refusing to allow exchanges to operate in their borders and issuing warnings about the high risk of investing in cryptocurrencies. 2018 however could be the year that governments finally get on board the blockchain bandwagon – as its potential for creating efficiencies in both financial and public services become more apparent.

5. A large number of blockchain initiatives will fail.

Blockchain undoubtedly has the potential to be revolutionary. But like anything revolutionary it can be dangerous – in this case, mainly because rushing in without clear expectations of what you want to achieve is likely to be a costly waste of time. 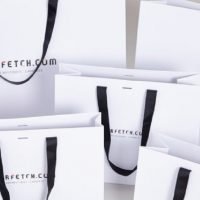 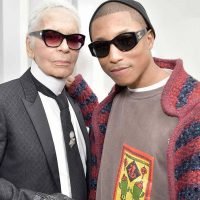