Shopping malls in China are using a mix of digitally enabled strategies that leverage mobile, social platforms and big data together with traditional marketing approaches, she said.

With iBeacon, a protocol developed by Apple, the malls can identify the exact location of shoppers within a store and transmit highly contextual messages, promotions, merchant offers and advertising directly to their smartphones.

Fung said technology and creative and memorable experimental elements are the key to drawing customers amid the challenging retail market in China.

The overall retail market is being pressured by the large number of new malls in the pipeline, according to a research report by Mizuho Securities.

According to JLL, 43 shopping malls will be completed in 2017, of which 20 will be located in prime areas.

Vacancy rates in prime retail areas in Shanghai increased for the eighth consecutive quarter, reaching 6.9 per cent in the third quarter of 2016, according to a Savills research report released in November.

Nearly half of the projects tracked in the prime retail areas recorded an increase in vacancy rates in the third quarter, it said.

An increase in the number of large, high-quality malls in non-prime and suburban locations has made it harder for a number of older malls in prime areas to attract leading retailers, Savills said.

Around 10 per cent of the two malls’ total rental income is from turnover rent, which is based on the tenants’ sales turnover. 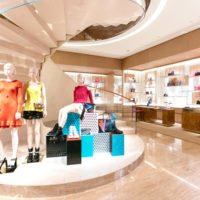 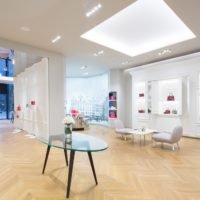 Featured Articles of the Week
Staff Writer 17 hours ago