Uniqlo has deployed its first apparel vending machines at key locations across the USA, as the Japanese retailer looks to enter new markets.

Dubbed ‘Uniqlo to Go’, the fashion vending machines are popping up in select American airport terminals during August.

According to the Fast Retailing-owned brand, the first ten are scheduled for Oakland Airport, where the vending machine bowed on Wednesday, followed by one in the Hollywood and Highland Centre in Los Angeles on August 10; Houston Airport, August 17, and Queens Center, Elmhurst, New York, August 22.

The six remaining locations will be revealed soon, a Uniqlo spokesperson told WWD this week. Locations have been decided upon based on their potential for high-traffic and customer visibility.

“We’re already talking with amusement parks, train stations, entertainment conventions and movie theatres about additional opportunities,” said the spokesperson. “The goal is to open new markets and use machines as an introduction to our products.”

As for the operation of the vending machines, customers can use both debit or credit cards and access product via touch screens and a user interface.

After browsing products, selecting and completing the transaction, a robotic arm retrieves the product. A conveyor shelf moves the item onto the robotic arm and the arm brings it to a window. From here, the customer can access the items.

Apparel available for purchase includes Uniqlo’s Heat Tech Ultralight down jackets (US$69.9) and Heat Tech tops ($14.90). Both items are available in a variety of colours and styles for men and women.

The company said it plans to expand to graphic t-shirts, Airism, and then innerwear items such as socks and underwear.

Earlier in the year, Uniqlo said it plans to double its store count in Europe to 100 outlets over the next three years, in a bid to strengthen its retail presence outside of Asia. 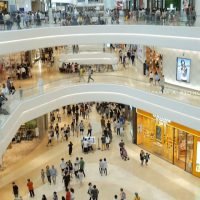 Emart to open men’s lifestyle store in Starfield
Next Article 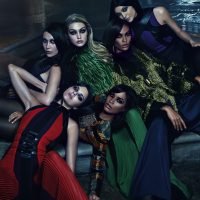