Unmanned convenience stores are slowly making their way in South Korea and may significantly change or eliminate jobs behind the counter.

Due to a steep rise in the minimum hourly wage, which will come into force next year, and advancements in technology, local retailers are adopting unmanned operations.

There are five unmanned convenience stores in the country, according to industry officials.

At the unmanned stores, consumers can buy products by scanning them at auto-checkout counters.

“Whenever there was a person behind counter, I instinctively felt like I had to pick products fast and go to the counter,” Lee Gil-yong told DongA News.

“But now that there are no workers in the unmanned store, I feel like I can take my time to choose what I want to buy.”

But some people have had difficulty adjusting to the stores and their security features.

To enter the unmanned E-mart 24 stores, shoppers must identify themselves with their credit cards. Also, they cannot buy alcoholic beverages ― a popular night-time product ― because unmanned stores cannot verify ages.

Concerns about the safety have also been raised because people entered without identifying themselves by waiting for the door to open for a shopper leaving the store.

“We have not been able to operate the self-checkout machines in franchises because we have not yet found a way to prevent theft,” said an industry official.

“We are just checking the unmanned stores’ efficiency for now,” an E-mart 24 official said. “We have yet to decide whether to set up additional unmanned stores.”

E-mart 24’s competitor 7-Eleven Signature has a HandPay system that identifies individuals by the pattern of their veins. Consumers can register their vein patterns on their Lotte Cards and the store will recognize the consumers.

But shoppers have expressed discomfort because the store can only be accessed by those whose veins are registered.

More retailers are expected to turn to automation due to the minimum wage hike next year, when the hourly minimum wage will rise to 7,530 won (US$6.67), up 16.4 percent from this year.

Other major convenience stores such as GS Retail’s GS25 and BGF Retail’s CU also are preparing for unmanned stores. 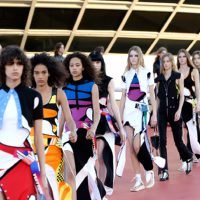 Louis Vuitton losing past luster in Korean market
Next Article 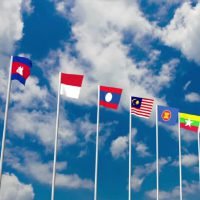