Bitcoins are to be accepted in more than 260,000 stores in Japan

Major bitcoin exchanges in Japan are teaming up with retailers to start a transaction revolution that would allow stores to accept Bitcoin payments.

Bitcoin is an example of a cryptocurrency, i.e., a digital currency that’s based on a data structure called Blockchain. A blockchain is a digital ledger that allows for recording and keeping transactions in a decentralized and cryptographically secured manner.

Each block in a blockchain is maintain by so-called “miners” through servers spread all over the world. These miners then receive cryptocurrencies in exchange. While most markets have been slow to accept cryptocurrencies, some retailers are beginning to test the new form of payment.

According to the Nikkei Asian Review, Japanese consumer electronics retail chain Bic Camera is going to try out a payment system using Bitcoin in two of its stores in Tokyo. To do this, it will partner with Bitflyer, which is the largest bitcoin exchange by volume in Japan. At the same time, Recruit Holdings’ retail support arm Recruit Lifestyle plans to work with Coincheck bitcoin exchange to implement a similar system: “Bitcoin will be accepted at 260,000 shops by this summer,” the company stated.

Currently, about 4,500 stores in Japan accept Bitcoin as payments, according to Nikkei. Furthermore, in a Bitcoin.com interview this January, said Kagayaki Kawabata, Coincheck’s Business Development Lead, disclosed that there are already more than 5,000 merchants and websites in Japan that accept Bitcoin payments using the company’s system.

The move to adapt Bitcoin isn’t an arbitrary one, of course. Aside from security, another reason for opting for cryptocurrency is the relative ease with which transactions can be conducted. Bitcoin allows tourists to make purchases in Japan without having to go through currency exchange rates. Additionally, if more outlets accepted Bitcoin, more individual consumers would likely be persuaded to get Bitcoin accounts. 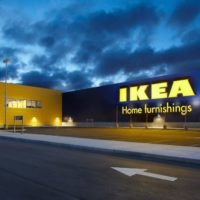 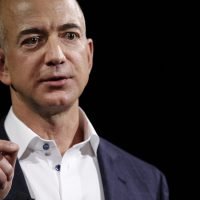