Taiwan has became the first country outside Japan to market “Pepper,” but the humanoid robot developed by Japanese telecom giant SoftBank Corp. will only be available initially to corporate clients, the local distributor announced Monday.

The first batch of the Pepper robots are expected to be seen at several businesses in Taiwan starting in late September, said Perobot Co., a subsidiary of the robot’s manufacturer Hon Hai Precision Industry Co.

Beginning Monday, companies interested in hiring the robot were able to sign a two-year lease for the robot with the Taiwan distributor, Hon Hai subsidiary Asia Pacific Telecom Co., at a monthly rate of NT$26,888 (US$835.75), according to Perobot.

Asia Pacific Telecom, along with four other companies — First Bank, hypermarket chain Carrefour’s Taiwan operations, Cathay Life Insurance Co. and Taishin International Bank — were announced as the first five businesses that have signed a deal to deploy the robot.

Perobot said it has already received orders to lease more than 100 of the Pepper robots, which can be programmed to greet and interact with customers in stores, and the company is targeting delivery of 60 units per month in the future. 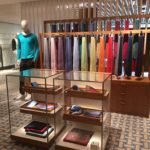 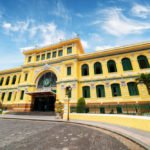 Why are Japanese retailers drooling over Vietnam?
Featured Articles of the Week
Contributor 3 weeks ago