Samsung Electronics and Kakao team up for AI

Samsung Electronics and Kakao announced that they will work together on artificial intelligence and voice recognition technologies.

Bixby evolves, meaning it gets smarter when used more. The partnership should help both platforms improve competitiveness and deepen Korea’s AI ecosystem, the companies said.

“The partnership would help expand markets for AI and voice recognition and offer more convenient and customized services for domestic customers,” said Rhee In-jong, vice president of mobile communications at Samsung, indicating the tie-up would be confined to Korea.

Kakao CEO Jimmy Rim said, “Cooperation with Samsung shows how expandable Kakao I is. Our AI technologies will not merely stay within Kakao’s services but branch out to numerous partners for further expansion so they can further penetrate the daily lives of Koreans.”

The companies would evaluate the collaboration in the coming months and expand the cooperation into consumer electronics, Internet of Things and wearables.

Some of the new services might include sending KakaoTalk messages on Samsung Galaxy phones via Bixby commands and controlling Samsung gadgets with Kakao’s Mini virtual assistant, according to a KakaoTalk spokesman. Currently, voice commands can launch the KakaoTalk app but they can’t send messages.

“Kakao I will serve as a gateway between Bixby and various apps,” the spokesman added.

Bixby, a new kid on the block among intelligent personal assistants, is built on technologies from Viv, a start-up that Samsung acquired last year to take on Apple. Viv was founded by the creators of Siri, Apple’s virtual assistant.

Bixby’s progress has been sluggish – in language in particular – due to a shortage of big data. Its Korean version debuted in May 2017 on the Galaxy S8 smartphone and English services began in July in the United States and Korea.

Beginning Aug. 21, users in 200 countries became able to use Bixby in both languages. At the IFA consumer electronics show earlier this month, Samsung offered a glimpse into the kind of smart home ecosystem built around Bixby, in which owners may control a range of consumer gadgets such as air conditioners, refrigerators and TVs via Bixby through voice commands.

Even though neither party has confirmed it, Samsung might also take advantage of ample data from Kakao, operator of Korea’s most popular mobile messenger KakaoTalk, which was being used by 49.5 million people as of the end of June 2017.

Kakao I combines a range of AI features from voice and image recognition to natural language processing and conversation chatbots. It can be tied to Kakao’s own services such as MelOn music streaming, Kakao Map, navigation and Daum portal site.

Kakao has another big partner for its AI platform. Debuting Kakao I in July, the Pangyo, Gyeonggi-based company announced it would be integrated in select vehicles from Hyundai Motor and its sister carmaker Kia Motors for hands-free infotainment systems, effective September. The G70 compact sedan from Hyundai’s high-end brand Genesis, set to be unveiled today, will be the first model to offer the new system.

They will build apartments in which the lights, gas, air conditioning and ventilation systems can be controlled through a smartphone app or the Kakao Mini. 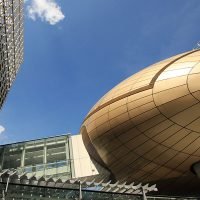 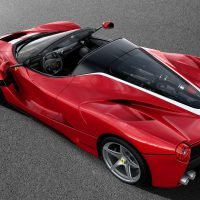