Need more foot traffic? There’s an app for that

A growing number of retail stores in China are using specially designed apps to track shoppers’ behaviour in a bid to boost sales.

Yo-ren, an information technology startup, has developed an app to collect information about members enrolled in reward programs offered by stores. Convenience store operator Lawson has introduced the app at select locations in China.

The Chinese government has a desire to make consumption the primary driver of growth, but encouraging online shopping will no doubt hurt brick-and-mortar shops.

In 2015, the Shanghai-based Yo-ren, which provides digital marketing services in China, began supplying Lawson stores in Shanghai with an app to manage the convenience store’s reward points program. Since the beginning of this year, the companies have expanded use of the app to other cities, including Beijing, Dalian and Wuhan.

The app is designed to provide product information and discount coupons while giving customers reward points based on their purchases. Since the service was rolled out, the number of members in Shanghai increased to 350,000. About 15% of them use the app at least once a week. These active users visit Lawson stores three times per week on average.

Lawson has invested around $900,000 in Yo-ren, which is now using the money to enhance the app’s features.

Lawson plans to analyse information collected through the app, such as customer profiles and purchase records, for consumer preferences and trends.

Findings will then be used to boost traffic during slow business hours, such as by offering coupons for free cups of coffee between 3 p.m. and 5 p.m. at locations close to members’ workplaces.

The decline of brick-and-mortar sales will inhibit consumption due to slower job creation in the service sector and lower wages for those jobs.

To make consumer spending the new engine of economic growth, China needs to engineer a balance between online shopping and sales at traditional retail stores. 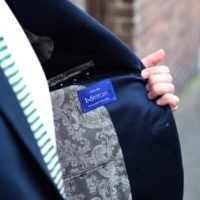 5 e-commerce startups to watch in Australia
Next Article