Instagram is moving to address a major user complaint about its timeline.

Before June 2016, Facebook-owned Instagram displayed posts based on when they were posted — in reverse-chronological order, newest first. The change to Instagram’s algorithm meant you’d sometimes see days-old posts at the top of your feed.

“We have heard it can feel unexpected when your feed refreshes and automatically bumps you to the top,” a post on Instagram’s blog says. As a result, Instagram is introducing a “new posts” button that allows you to refresh your feed manually as you wish.

The button is not in the app just yet, and the post calls it a “test” rather than a permanent feature.

Moreover, Instagram says it will once again prioritize recentness over various other metrics.

“Based on your feedback, we are also making changes to ensure that newer posts are more likely to appear first in feed,” the post said.

When Instagram announced the change to its algorithm to prioritize stuff like shares, likes, your relationship with the poster, and other metrics, users complained that it was often hard to see what friends were posting on an ongoing basis.

And worse, you would sometimes lose track of stuff you wanted to see when the app automatically refreshed your feed with a new smattering of seemingly random stuff.

It is not clear exactly when these changes are coming to the app, but it sounds as if they’re rolling out soon. 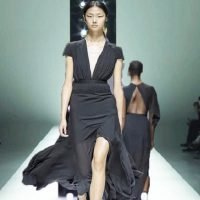 Leadership shake-up at Lanvin
Next Article