The photo-sharing application Instagram is gaining popularity faster than any other social media app in South Korea with young Koreans leading the trend, a survey revealed.

According to the survey of 33,000 Android smartphone users in May 2019 by Wise App, time spent on Instagram amounted to a combined total of 2.6 billion minutes for all respondents — a 73 percent increase from the same period a year before.

Instagram’s one-year growth in Korea was stronger than that of other social media apps such as Facebook and Twitter. The Facebook app saw its monthly usage time increase by only 10 percent, while Twitter app use increased about 40 percent.

“Compared with last year’s monthly usage time — 150 million minutes — Instagram has grown remarkably this year. It is particularly popular among the age group ranging from teenagers to people in their 30s,” Wise App said in its report.

While Facebook was still the most sought-after social media app in Korea — respondents collectively spent 4.6 billion minutes using it — Instagram succeeded in expanding its appeal to young people, going beyond its initial role as a photo-sharing service.

According to the Wise App survey, Instagram was most popular among respondents in their 30s, who spent 900 million minutes using the service — about twice as much time as people in the same age group spent on Facebook.

“While most social media services are about building relationships, there is more to Instagram. People use Instagram to figure out what is trending among their peers,” said an official from Facebook Korea, which provides Instagram to Korean users.

With long-form content delivered through intuitive images, Instagram has developed features that appeal to younger subscribers, who are seeking to capitalize on the platform’s various functionalities to stay ahead of the trends.

Despite its popularity among young people, it appears that older users are shunning Instagram. According to the Wise App survey, Instagram failed to make it into the top three social media apps for people in their 40s and 50s.

Instead, they spent most of their time on local social media apps such as KakaoStory, Naver Cafe and Naver Band.

Naver Band was identified as the most sought-after app among users in their 50s and beyond, and was the second-most-popular app among those in their 40s. 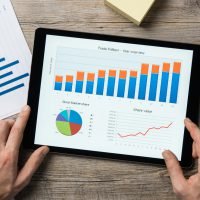