This year, we have witnessed a surge in the number of luxury brands leveraging gamification to engage with Chinese consumers. From Hermès to Dior, a bevy of major luxury players have jumped on board, launching playful interactive games on their official WeChat accounts.

What’s behind the trend?
The growing domination of online gaming comes as no surprise when one considers the context in which Chinese millennials came of age. For many who grew up in single children homes, gaming was a way to fulfill a need for social connection and to forge an identity. Online gaming offers a way to connect to a larger community, the rules are clear and results are often celebrated and broadcast to millions of other users.

It is estimated that the millennial generation (defined as those born between 1983 and 1997) will make up 65% of China’s consumption growth through 2020. A recent study by Bain reveals that Chinese millennials purchase luxury items more frequently and have more spending power than previous generations had at their age. As the highest potential consumer segment for luxury brands, it was only a matter of time before industry leaders introduced gaming to attract the millennial shopper.

The storied French fashion house looked to their roots for inspiration for this popular WeChat game. “H-pitchhh” is a virtual version of the classic horseshoe toss game which has been around since ancient Roman times. The game serves as nod to Hermes’ beginnings as a harness maker and makes great use of the smart phone’s interactive features.

In celebration of the brand’s new store opening at Plaza 66, Dior launched a widely successful WeChat campaign that invited users to collect items from the latest collection via an interactive treasure hunt. Those users that successfully completed the game could launch a virtual hot air balloon for a chance to win tickets to the opening event.

What’s in it for brands?

What’s Next?
Our founder, Alexis Bonhomme predicts that more and more brands will make gaming an explicit part of their annual plans with demand coming not only from millennial customers but also because millennials are increasingly becoming the decision makers at the brands themselves. 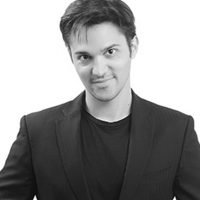