After launching in both the United States and the United Kingdom, Android Pay, Google’s contactless smartphone payment solution is finally making landfall in Asia.

Singapore will be the first Asian market to gain access to Android Pay with Singaporeans able to load Visa and MasterCard credit and debit cards from six banks including DBS and Standard Chartered onto their Android smartphones.

According to Pali Bhat, Senior Director of Product Management at Google, Singapore was chosen as Android Pay’s third market due to its incredibly high rates of smartphone penetration and established retail sector.

The service, which launches today, requires an Android smartphone running at least version 4.4 KitKat and near field communications (NFC) capabilities.

In a nutshell, Android Pay allows people to purchase goods and services from a whole host of retailers via a contactless payment terminal. 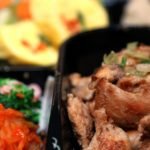 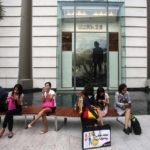