Gucci, the first from high fashion house to pivot to games for marketing, has launched the Gucci Arcade corner in its smartphone application since July, 2019.

The Gucci Arcade currently has two titles Gucci Bee and Gucci Ace, whose names take after the iconic fashion lines of the Italian brand.

Users can play the game for free after downloading the app and signing up. Louis Vuitton, similarly, has launched a video game called Endless Runner Game on its website coinciding with its Autumn and Winter 2019 collection designed by Virgil Abloh.

The games themselves, are simple to play.

In the Gucci Arcade, the first game Gucci Bee show the brand’s iconic bee trapped inside a maze. Players have to pilot the bee to collect stars while dodging menacing bugs. The second game, Gucci Ace, is table tennis game inspired by the Gucci Ace sneakers. Gucci has hinted in the app that more titles are in preparation.

For the Louis Vuitton game, players can control an orange figure running endlessly against the backdrop of a 1980s New York street to dodge bins and traffic cones, and catch floating LV monograms to score points. Players can see their global ranking on the dashboard and invite friends to join the game.

“It is rare for games and fashion to go hand in hand,” said professor Kim Sang-yong of Korea University’s Business School, who analyzed that this was a strategy for high fashion to increase familiarity with new target consumer.

“Traditionally, those who invest in brand names such as Gucci and Louis Vuitton are financially capable, and accordingly aged. But incorporating games indicates the brands’ target consumers have become younger,” Kim said.

It could be that the brands are going after the generation who know and played Pac-Man games who have now grown up to have buying power, Kim said, referring to older millennials.

Millennials are the demographic group now in their 20s and 30s with growing buying power. For them, 8-bit games spark familiarity and nostalgia.

“By increasing familiarity with younger consumers, it could lead to a widened pool of new customers,” Kim said, referring to, for instance, the Generation Z that come after millennials.

Other attempts to tie game with brand names: Chanel Beauty had opened a pop-up arcade store Coco Game Center in Hongdae, Seoul, in April 2018. Cosmetics were displayed on game machines, and visitors could actually play to win samples.

YSL Beauty also had a casino-themed pop-up studio in Garosu-gil, Seoul, in September 2018. This one opted for luxury instead of retro, decking the pop-up like an opulent hotel with casino roulette games. 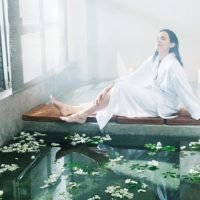 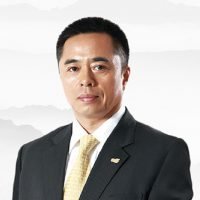