Facebook wants to turn mindless, passive video consumption into “time well spent,” and now it is giving social media stars a powerful tool to foster communities around their content.

Facebook promised the Creator app back in June at VidCon and today it launches globally on iOS with Android planned for the coming months. It is actually a rebrand and update of the 2014 Facebook Mentions app that was only available to verified public figures and Pages, but now is open to everyone. Weirdly, it still appears as “Mentions” in the App Store for now.

“It is a big priority for us to bring people closer together around meaningful content and the people who are meaningful to them,” Facebook’s VP of video product Fidji Simo tells me. “Creators are right at the intersection of everything we think is pretty unique about Facebook.”

And after CEO Mark Zuckerberg declared on this month’s earnings call that “time well spent” via video is Facebook’s new objective, the Creator app could help it make Facebook video a lot less isolating than watching TV.

“The idea was there to give them a one-stop-shop for all the functionality to manage their presence on the go,” Simo explains about the Creator app, which breaks down into four parts.

This bundle of tools lets users add intros, outros and custom emoji reactions to their live broadcasts. Creators go on Facebook’s site, upload an intro like a theme song or welcome, and an outro like a call to follow them across social media.

Those can then be enabled in the Creator app so they play at the start and end of the broadcast. Simo notes that “[Creators] were saying Live is cool because it’s raw and authentic, but they’d like to be able to introduce every time what their show is about or what the theme is about.”

Graph frames let makers add a pretty border to their videos for a more immersive feel. And custom reactions let creators replace one of the six default “haha,” “‘angry” or “wow” alternatives to the standard “Like” with a graphic of their choice.

That could tie in with the theme of their broadcast or personality. For example, Simo says feel-good video star Markian could add an especially toothy smile reaction to entertain his fan club group on Facebook, the #SmileSquad.

These features push Facebook Live well beyond the capabilities of Twitter’s Periscope, and could make it more viable than YouTube Live.

Rather than having to constantly jump between Facebook, Instagram and Messenger, Facebook is putting all of a creator’s comments and messages in a single inbox with Creator. That could make it much more streamlined to actually hold a conversation with fans or respond to comments instead of just being an old-school one-way broadcaster. Same will work for the dissemination of the content, which could be automatically shared on different platforms, Twitter included.

For Creators trying to moderate their comments reels, combining Instagram and Facebook could reduce the time it takes to scrub abusive trolls. And the more ravenous the community and clean the comments, the more interested brands will be to advertise on Facebook video and sponsor the stars.

One thing sorely missing from Facebook Creator is new ways for influencers to monetize. There’s no subscriptions or tipping, and they cannot even inject revenue-sharing ad breaks into their videos. 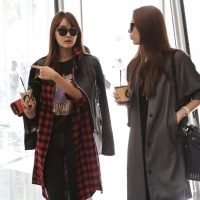 Korea domestic fashion market to grow in 2018
Next Article

Mr. Moncler takes over the city