Current retail technology and consumer behavior not yet in sync: report

Retailers are currently in the investment and adoption phase of the future of retail, a plateau on which practices and consumer behavior have yet to catch up with technology, according to a report by Walker Sands.

Walker Sands’ third annual “Future of Retail 2016” study analyzes emerging retail technologies, placing an emphasis on consumer reaction to these potential game-changers and how the adoption of such strategies will affect spending habits. As to be expected, the technology leading retail’s evolution is ecommerce, with nearly a third of surveyed consumers shopping online at least once a week, a jump of 41 percent from 2014.

“On the more luxury specific side, this category saw one of the largest jumps over the past few years in terms of the sheer number of those shopping online – quadrupling since our report in 2014,” said Erin Jordan, account director atWalker Sands. “Twenty-seven percent of consumers purchased a luxury item online in the past year, up from 10 percent in 2015 and just 6 percent in 2014.

“Luxury brands across the board seem to be getting started and even become digital natives in terms of integrating online and offline experiences,” she said. “Still, few are really taking advantage of the space.

“Of those that come to mind, Burberry’s online site is one that has received a lot of recognition. Still, up to this point startups selling or even renting luxury, such as Gilt Groupe and Rent the Runway, have taken the spotlight in terms of how to meet consumer expectations.” 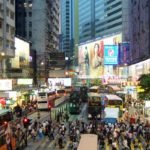 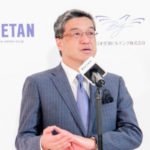