Carousell, one of the world’s largest and fastest-growing classifieds, celebrated its seventh anniversary with the launch of a new visual identity, together with milestones
including reaching its 250th million listing and fourfold revenue growth in 2018.

This visual identity refresh signifies the brand’s progression and growth, while putting a spotlight on its core purpose of enabling shared possibilities amongst users of the online marketplace.

Throughout the years, Carousell has been harnessing mutually beneficial opportunities to empower users, and celebrated numerous success stories of users who turned their passions into livelihoods.

Co-founder and CEO, Quek Siu Rui epitomised Carousell’s win-win opportunities when he sold his MacBook on Carousell to a father with a young daughter. The father wanted his daughter to learn about the internet but could not afford a brand new computer.

He turned to Carousell, and this made Siu Rui realise that Carousell is a platform that would enable possibilities for users with each transaction.

“Our mission has not changed since day one. We want to inspire every person in the world to start selling. Seven years ago, we saw that there was no easy way to sell stuff online and existing platforms were tedious and uninspiring to use. Hence, we launched a mobile app that made selling as easy as taking a photo, buying as simple as chatting, and we made it social. It really set the standard for what mobile classifieds should be. Now, we have grown our presence to six markets, expanded from general classifieds to properties and automobiles and recorded over 250 million listings,” shared Quek Siu Rui, Co-founder and CEO of Carousell.

“This proves that Carousell is serving a real need, and is more relevant than ever
in today’s marketplace, where consumption has grown rapidly and sustainability has become a huge focus. In Southeast Asia, there is a population of over 640 million people, where two-thirds are still just coming online and experiencing the magic of the Internet. The refreshed visual identity showcases Carousell’s uniqueness where transactions go way beyond dollars and cents; where friendships are forged, stories are shared and interests get discovered,” he continued.

Carousell also announced a fourfold revenue growth in 2018. This strong growth trajectory is a testament to Carousell’s business strategy, and an affirmation that the brand is progressing in the right direction.

Prior to implementing monetisation streams in mid-2017, Carousell has been laser-focused on building a great platform, enhancing product features, improving the user experience as well as scaling across the region.

Carousell’s seventh anniversary celebration culminates at Carouselland, an annual flagship event that celebrates its community. It spans across two halls at Marina Bay Sands filled with Carousellers selling items, running workshops and organising community activities like retrogaming and board gaming.

In line with bringing its refreshed brand to life, Carouselland is upping the ante with a myriad of sensory and participatory activities that highlight the shared connections and possibilities that this platform brings to all users and the public, beyond mere transactions.

With more than 300 vendors classified under seven thematic clusters that cover everything from Style to Property and even Alternate Reality, visitors will get to choose from a wide range of shopping and activity choices according to their personal interests.

These include handicraft workshops, community activities, and even tips on how to groom cars, helmed by Carousellers from all walks of life who discovered and turned their dreams to reality on the platform. Plenty of Instagrammable spots await visitors as they explore the event ground.

To further showcase the win-win experiences enabled by Carousell, a special ‘Match and Win-win’ card will be given to all visitors of Carouselland. Visitors will then search for the person holding a matching card, through the Carousell app and social media. 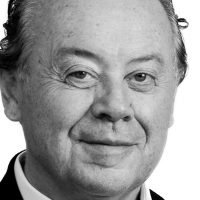