Believe the hype? How virtual reality could change your life

Reducing errors made during surgery, bringing school books to life, enabling us to browse shops from the comfort of home—virtual reality is not just about gaming, it will change our lives, according to some tech leaders.

“VR” is the buzz industry at Asia’s largest tech fair, Computex, being held in Taiwan’s capital Taipei this week. The island is hoping to become a development hub for virtual reality technology.

But while VR is currently aimed at gamers, its evangelists forecast it will eventually be about much more than entertainment.

“We know that gaming will be the first wave of revenue and gamers the first wave of consumers, but our vision is larger than gaming,” said Raymond Pao, Vice President of VR New Technology at Taiwanese smartphone maker HTC, which recently released its first VR headset: Vive.

Retail and education are also predicted to be the next frontier for VR and its cousin, augmented reality.

“What we learn from textbooks or labs can be really dull, but VR and AR will greatly enhance learning abilities,” Zhu Bo, founder of InnoValley, a Chinese start-up investor based in Shenzhen, told AFP.

“It can also be used in e-commerce. In the future, you will step into a real scene, you can see the products on the shelves, touch and feel them. So our shopping experience will totally change,” said Zhu, who has invested in the field but did not give details.

The global market size of virtual reality products may reach $5.1 billion this year and is projected to more than double to $10.9 billion in 2017, according to Taipei-based market intelligence provider TrendForce. 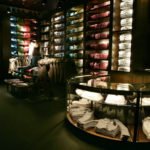 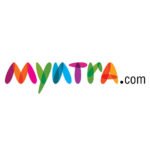