Amazon, Google take out Most Innovative Companies ranking in 2017

Online retail giant Amazon and Google are the world’s most innovative companies in 2017, according to Fast Company magazine’s annual ranking released this week.

“Our reporting team sifts through thousands of enterprises each year, searching for those that tap both heartstrings and purse strings and use the engine of commerce to make a difference in the world,” said Robert Safian, editor and managing director of Fast Company magazine.

“Impact is among our key criteria.”

While the top ten most innovative brands were all American, China was fiercely represented in the top 50.  Online marketplace Alibaba was pipped for a top ten placing at number 11, followed by Tencent (12), Xiami (13), BBK Electronics (14) and Huawei (15).

“Six of the companies on this year’s list are Chinese—more than we’ve ever had before,” said Safian.

“The days of dismissing Chinese businesses as mere copycats are long gone. An innovation ecosystem has taken hold in China that is arguably more competitive than Silicon Valley. Outfits like Alibaba and Tencent are so forward-focused, even the best U.S.-based businesses have to take note and—with increasing frequency—they find themselves playing catch-up. “

By sector, Amazon was the top retailer and Kenzo beat Gucci and Adidas to be crowned the most innovative fashion brand. Zoomcar was India’s most innovative company beating Byjus (2) and Paytm (3). 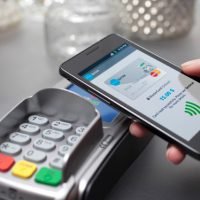